Kingspan, the global leader in high performance insulation and building envelope solutions, is pleased to announce it has beaten its target of generating at least half its aggregate energy use from renewable resources by 2016. Kingspan’s aggregate renewable energy use was 57 per cent of its total energy use in 2016, meaning the company is firmly on track to hit its goal, set in 2011, of operating at Net Zero Energy (NZE) by 2020.

In the UK, Kingspan Insulated Panels has recently received planning permission to install a new wind turbine at its site in Holywell. The proposed turbine is expected to generate over 2,000,000 kWh of energy and offset over 1,000 tonnes of carbon dioxide emissions. Meanwhile, Kingspan Insulation has installed a 1,400 kWh biomass boiler at its Pembridge site, providing High Temperature Hot Water (HTHW) to its Kooltherm curing ovens and laminator.

“The Kingspan team have worked hard to deliver on the company’s net zero energy targets. We have succeeded because every part of the business pulls its weight and makes reducing Kingspan’s carbon footprint a key business objective. At Kingspan Insulated Panels UK, we have taken particular pride in exceeding the Group target of 50 per cent by 2016, largely through the use of renewable sources”

“Improving the energy performance of our built environment is absolutely fundamental to the work carried out by Kingspan. In striving to achieve Net Zero Energy, we are leading by example. Kingspan Insulation UK hope to meet our part of the wider Kingspan Group commitment ahead of schedule in 2018.”

“We are very pleased to have exceeded our targets on our path to operating as a Net Zero Energy company by 2020, hitting 57 per cent renewable energy in 2016. In the five years since launching this initiative we have seen multiple benefits including reductions in costs, less reliance on fossil fuels and demonstrating the business case for our systems and solutions. Without more action from the corporate sector, greenhouse gas emissions will continue to rise and the impact of global warming will become a bigger threat for future generations.”

Kingspan has been able to achieve its goals, reducing its impact of the environments, while growing its business at a record pace through acquisitions and strong organic growth. Kingspan now has over 10,000 employees and more than 90 manufacturing plants operating across the world. Kingspan Insulation and Kingspan Insulated Panels employ a combined total of over 1500 staff across six manufacturing and distribution facilities in the UK.

Kingspan’s environmental achievements have been recognised through its A List ranking on the CDP Climate Performance Leadership Index, for the second year running. It is the only Irish-listed company recognised on this index compiled at the request of 827 investors who represent $100 trillion of assets under management. Kingspan is also a member of RE100, a group of some of the world’s best known companies committed to using 100 per cent renewable power, convened by The Climate Group in partnership with CDP 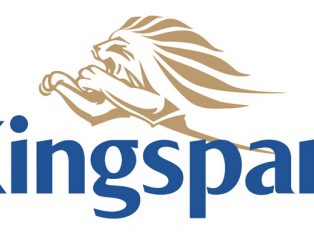