Latest in a series of development sites, which are raising vital revenue for reinvestment to improve transport in London

Transport for London (TfL) has completed a deal with Aviva Investors to enable the development of a mixed use scheme, consisting of office and retail space, opposite the new Liverpool Street Elizabeth line eastern station entrance at 1 Liverpool Street as well as above and around Crossrail infrastructure.

On completion of the development, TfL will grant Aviva Investors a long lease, generating vital revenue that TfL will reinvest back into the transport network. Subject to planning approval, Aviva Investors’ proposals for the site will deliver around 175,000 sq. ft. of net lettable office and retail space.

This agreement follows the deal earlier this year between TfL and Aviva Investors for a major development above Crossrail infrastructure and opposite the new Liverpool Street Elizabeth line western station entrance at 101 Moorgate.

Plans are in place for 12 major developments above and around new Elizabeth line stations and Crossrail construction sites. Together, the development plans cover more than three million square feet of office, retail and residential space spread across the capital between Paddington in the west and Woolwich in the east.

Today’s announcement follows the signing of other development agreements including:

· Bond Street Station West where an agreement has been signed with Grosvenor Britain & Ireland to develop 110,000 sq.ft. of space above the western ticket hall. The proposed scheme comprises six floors of office accommodation above the station, with an entrance fronting onto Davies Street.

· Farringdon Station East, where an agreement was completed in 2018 for a development over the eastern ticket hall with Helical Plc. The scheme, opposite the historic Smithfield Market, comprising 88,500 sq. ft. of office space over six floors and with retail on the ground floor.

· Farringdon Station West, where an agreement has been signed for the development over the western entrance with HB Reavis. The scheme comprises of 138,000 sq. ft. net retail and office space.

· Bond Street Station East, where an agreement has been signed with the GHS Limited Partnership (one of Great Portland Estates plc’s joint ventures) to develop a 129,900 sq. ft. mixed use scheme above Bond Street station’s eastern entrance at Hanover Square. The site will be transformed into an eight storey mixed-use development, which will include 129,900 sq. ft. of office space and 2,300 sq. ft. of ground floor retail space.

The site above Tottenham Court Road’s eastern ticket hall, on the corner of Oxford Street and Charing Cross Road, was handed over to Derwent in early 2018. Planning permission has been granted for 209,000 sq. ft. of offices, 36,000 sq. ft. of retail and a 40,000 sq. ft. theatre – the first new West End theatre in a generation.

The areas for development at the Limmo Penisula in Canning Town and Armourers Court in Woolwich, which are two of the twelve major developments above and around new Elizabeth line stations and Crossrail construction sites, were announced as two of the anticipated sites that would be part of TfL’s Build to Rent programme with Grainger plc in April this year. The programme will deliver 3,000 homes, with a minimum of 40 per cent affordable on all new planning consents.

“We are delighted to have completed this development agreement with Aviva Investors in order to transform this site, which has the potential to deliver brilliant new office space and retail opportunities. The development will support the city, so that it continues to thrive and grow. As a key part of our huge development pipeline, the Elizabeth line schemes are directly opening up opportunities for new homes and jobs, and will raise vital revenue to reinvest in London’s transport network.”

“This is undoubtably one of the best development sites in the City of London and we are excited to continue our partnership with TfL. Having the opportunity to develop top quality buildings immediately above the east and west entrances to Crossrail Liverpool Street is both unique and exciting. This transaction marks another significant step in repositioning the Aviva Investors Real Estate portfolio for growth and is set to benefit from a rapidly evolving City of London.”

The Elizabeth line sites are a key part of TfL’s plans to establish a significant long-term revenue stream to reinvest in transport. TfL is leading the way on delivering homes on public sector land, with plans in place to build more than 10,000 homes on its own portfolio across London. Since May 2016, half of all the housing that TfL has brought forward has been social rented or other genuinely affordable homes. 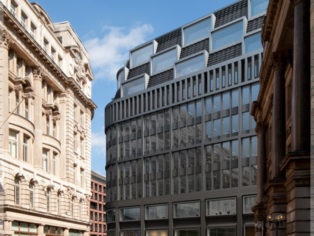 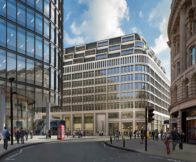