After the tremendous success of the two previous editions, ARCHMARATHON returned to Milan.

ARCHMARATHON, the platform for dialogue between different players working in the architecture and construction markets and which was created to promote the international exchange of ideas, know-how and relationships, came back to Milan from 13 to 15 May at Studio 90 in the television studio district known as East End Studios.

The first edition of the “Architecture Marathon” was held in Milan in 2014 and saw the presence of more than 1,800 architects, while the Special Edition 2015 held in Beirut with particular focus on Arab and Mediterranean countries had more than 8,000 visiting architects and students.

ARCHMARATHON was be an intense three days in which 42 design studios from around the world all came together to compete for the prestigious Prize awarded by an international jury of architecture critics, journalists and curators. During the event the selected studios presented one of their own projects, carefully chosen from among the most significant designs featured on the world architecture panorama and created since 2014.

The 12 awards presented by the jury fall into two groups: 10 awardswere divided among the following categories: Arts & Culture, Education Buildings, Religious Buildings, Workspaces, Hotel & Leisure, Private Housing, Mixed Tenure Housing & Buildings, Retrofitting & Refurbishment, Urban Design & Public Spaces and Transport while in addition there were two independent awards: the OVERALL Award, presented to the best overall project, and the CROWD Award, given to the most voted project by Internet users.

All the participating studios were be supported by the ArchAngels: architecture and design students, previously chosen by the organisers, who for the three days of the event will assist the individual studios in the managing their meetings schedule and any other logistical requirements.

In addition to the 42 design studios, a prestigious international delegation of architectural studios – coming from Slovenia, Turkey, Lebanon, Libya, Morocco, Portugal, Mexico USA, Canada and Hong Kong. Moreover – will attend the event; the prestige and the internationalization of ARCHMARATHON will be also enriched by the presence of 5 VIP delegates of the Federation of Lebanese Engineers and Architects.

A selection of the winners are:

Seashore Library is located inside a holiday resort on Bohai Bay in north eastern China. The resort aims to create a high quality environment closer to nature and Seashore Library is one of a series of cultural and leisure facilities within the complex. According to the architects the key aspect of the design is “exploring the co-existing relationship of the space boundary, the movement of the human body, the shifting light ambience, the air ventilating through the building and the ocean view.” The library houses a reading area, a meditation space, activity room, a bar and a resting area. Responding to each space, Vector Architects established a distinctive relationship between space and the ocean and defined how light and wind enters each room.

This new museum addresses a complete complex, including the future of two historic buildings in Oviedo, Spain – Velarde Palace and the Casa Oviedo-Portal. Only through such a comprehensive design approach could the optimal functioning of the Fine Arts Museum of Asturias be guaranteed. The project addressed the design challenge of raising an altogether new building within the existing urban complex. The sequence of existing facades was taken as a contextual condition and these facades take on the role of an urban ‘backdrop’, against which to erect a new building with a facade of its own.

SOS Children’s Village is a new medina for children in the Horn of Africa, which has been designed to cope with extreme weather conditions and to respect community traditions. Urko Sánchez Architects was approached by international children’s charity SOS Kinderdorf to design a residential compound of 15 houses where they could run their family-strengthening programmes. In terms of distribution, all houses follow the same scheme but are arranged in different ways, placed close to each other giving shade to one another and generating alleys between them in an apparently random way.

The open international competition for Våler Church is one of the largest ever seen in Norway, with 239 proposals from 23 countries. The new church replaced a much-loved ancient wooden church which burned down in 2011. The building’s expression was generated as a direct response to the place, and organised around a quadrant with four oriels pointing north, south, east and west, as an analogy to the old cross-church. The new church is placed on the existing processional axis, and clad in straight board of heartwood pine, reflecting the local forest landscape. The interior is covered in birch plywood.

The competition-winning design for the replacement opening footbridge at Paddington Basin spans 20 m across the Grand Union Canal at the heart of the new waterside Merchant Square development. The design has been highly considered in respect to high quality new architecture and landscape in the location, and from elevated as well as ground level viewpoints. The five steel beams forming the deck open in sequence and shaped counterweights assist the hydraulic mechanism and reduce the energy required to move the structure. In motion it is an eye-catching kinetic sculpture. 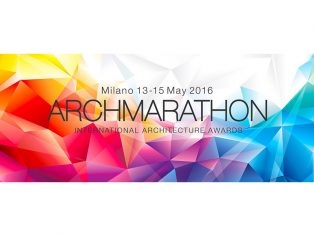 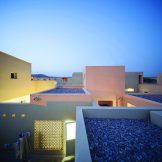