The British Institute of Interior Design (BIID) has announced that it will once again be supporting Interiors UK 2014 (NEC Birmingham, 19-22 January 2014), taking centre stage on the first morning of the show with two highlight talks in the event’s Seminar Theatre.

Former President of the IDA, Charles Leon is delighted to be representing the Institute for the first time since his appointment to the BIID Council following the recent merger with the IDA. His talk, entitled ‘The Ghost in the Machine’ will take place on Sunday 19 January at 11am, where he will share his thoughts on the nature and workings of a creative mind to deepen our understanding and appreciation of interior design imagination and innovation.

Following ‘The Ghost in the Machine’ talk, Simon Hamilton, International Director at the BIID, will be in conversation with BIID member, Staffan Tollgard at noon. Staffan will be discussing his progression from interior designer to opening his own design studio.

“I am looking forward to speaking with Simon at Interiors UK 2014. This is a great show full of industry professionals, and, hopefully, my design journey can be an inspiration to others. Personally, I thought last year’s show had much to offer and I cannot wait to see what is in store for the 2014 event.”

Charles Leon runs a successful Interior design and architectural consultancy based in London. Charles originally trained as a theatre designer and has worked with several major British and International theatre, dance and opera groups. This work naturally led on to art direction for film and TV and it was whilst working in feature films that he was approached to join a team of international hotel designers. In 1997 Charles set up his own design practice, CLA, specialising in hospitality design.

Brought up in Stockholm, Staffan’s personal style is born out of Asian and Scandinavian functionalism. He uses the Swedish expression of the ‘red thread’ to explain the design narrative that underpins every project. The thread is the guiding principle of creative endeavour, the core essence that he strives to find in each project. An architectural detail, a family heirloom, or a collection of art; each project has its own creative DNA that tells the client’s story using the language of design.

After gaining his BA (Hons) degree in Interior Design at Trent Polytechnic, Nottingham in 1988, Simon Hamilton returned to his native London to work for a number of established interior design and architectural practices. In these early years, he developed his extensive knowledge and experience. In 2002, his practice, Simon Hamilton Interior Design Limited, was established, offering residential and commercial clients comprehensive consultancy services. As a creatively driven interior designer, International Director for the BIID, author, tutor, mentor, presenter and International Property Awards judge, Simon is a very active member of the design community. 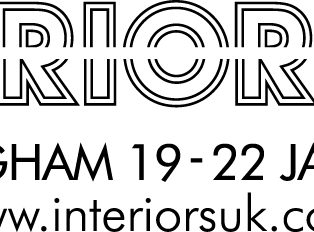 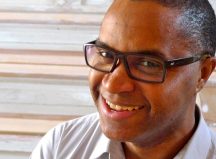