The Royal Institute of British Architects (RIBA) has announced that the Blackburn Bus Station has been shortlisted for the prestigious RIBA North West award.

The annual RIBA North West awards celebrate architecture in the North West. The short-listed projects will be visited by RIBA judges over the coming weeks with the winners receiving their awards at a ceremony in May.

“The eye-catching design of our innovative bus station reflects everything about the changing face of Blackburn.

“We were keen to re-think the look and feel of the tired and dated functional bus shelters which stood at the heart of our main gateway into town.

“Taking a bold and forward thinking approach has resulted in Blackburn having a world class, state-of-the-art designer bus station and it’s a great statement of our future intentions to be included on a short-list with some very illustrious buildings.”

“There are some wonderfully talented designers working in the North West and 12 very different projects have been shortlisted for the 2017 RIBA North West Awards.

“This is never an easy task but these twelve shortlisted buildings, with differing functions, scales and budgets, are all memorable and each has achieved that unexpectedly special quality that makes them stand out as significant to the architecture of the North West.”

Ian Richardson, Capita’s partnership director for Blackburn with Darwen said, “The Blackburn Bus Station needed to be both practical and safe for users of public transport as well as architecturally distinctive. As a result it was a technical and architectural challenge to design – but the results speak for themselves. We’re obviously thrilled that RIBA has shortlisted the scheme amongst such strong competition.” 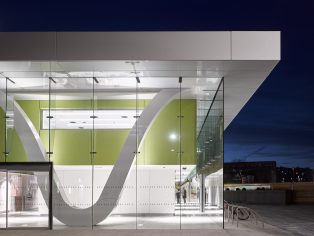 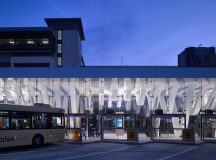 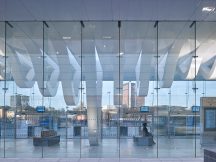