Bolton Club is a fan of Xpelair

Xpelair has supplied its market leading GX12 commercial fan to the Bolton Lads & Girls Club (BLGC), after the clubs old extraction unit was destroyed by a fire on the premises.

The club, which has been running since 1889, was set up to offer the young people of Bolton a place where they can have fun, meet new people and develop new skills that will help them in later life. It works closely with over 3,000 young people a week to deliver a programme of sporting, performing arts and recreational activities in a safe and nurturing environment.

The fire originated in the club’s gym and caused extensive smoke damage, which meant that a new fan was needed as part of the refurbishment programme to ensure the clubs users had access to clean, fresh air.

“The club is there for the young people of Bolton and, in many respects, is the only constant positive in their lives, so it was upsetting when the fire threatened that.

“In order for the gym area to re-open we needed to replace a damaged extractor fan, but as a charity funds are tight, raising money for the replacement was difficult.”

The club then reached out to the Twitter community to ask about possibility of supplying a fan. Xpelair saw the request and was able to supply its GX12 fan that was perfect for the venue as it is cheap to run and exceptionally quiet thanks to its pre-balanced sickle impellors that reduce noise ingress.

The units are also reversible for consistent volume output and feature variable speeds for greater control. They have been designed with ease of fitting in mind in order to reduce on-site installation time.

“We’re glad we were able to assist the BLGC as the work they do is so pivotal to the community of Bolton. We’ve worked hard on our social media pages and what this demonstrates is the power it has to allow customers to communicate better than ever with brands.

“The GX12 was the perfect solution for the club as it has been designed specifically for commercial applications and is capable of providing superior air quality whilst keeping running costs low, both of which are primary concerns for the BLGC.”

For more information on Xpelair and its extensive range of domestic, commercial and industrial ventilation solutions visit www.xpelair.co.uk or call 0844 372 7750. 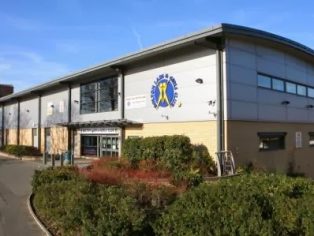