BSRIA is concerned with the messages made by Amber Rudd, Secretary of State for Energy & Climate Change, in her first major speech since the general election – especially those centering on the ending of and reliance on subsidies for energy saving schemes.

“More and more, BSRIA is getting the impression that energy and carbon reduction issues are being viewed as a burden to government – which is inhibiting – not only the industry – but the economy at large. The Minister’s speech is arguing that the removal of subsidy will strengthen the economy and a strong economy will respond to the carbon agenda. But the issue is clearly the lack of stability in subsidy and without such stability industry can’t plan for a ‘green future’.

“In recent weeks, government has scrapped subsidies for onshore wind and commercial solar – the two cheapest forms of clean energy, slashed the energy efficiency budget, lowered taxes on polluting firms and introduced a tax on clean energy. Green Deal Finance Company funding ending is yet another example of this, along with energy-saving materials being singled out as no longer qualifying for reduced-rate VAT. Nothing in the Secretary of State’s speech enables me to see a direction of travel which gives me confidence that the Government is taking the carbon reduction agenda seriously.

“Financial losses, economy security and economic risk were repeated throughout the speech, along with the commitment that government has a duty to protect consumers and keep bills as low as possible, while they reduce emissions. Amber Rudd ended by saying that tackling climate change makes ‘cold hard economic sense’. But what of the consequences? And who pays?

“Rudd said that all this pro-growth, pro-business climate is now bearing fruit. What fruit exactly? And how? More specifically how is this helping carbon reduction and energy efficiency?

“At best we would say that government is sending out mixed messages on carbon reduction policies. Indeed, such recent sudden changes to low-carbon policies have created mass uncertainty for the industry and investors. Government has swept it all away without signalling their precise intent in their manifesto. Government policies will not lead to the low-carbon society they claim they want – they are destroying the UK renewables industry just at the point where it’s almost competitive.

“Government must either legislate or incentivise or preferably both. It seems as though government wants industry to take it upon themselves to reduce their energy consumption by creating confidence in the market for investors to become active in renewable and new technologies. Government needs to take the lead and give industry a steer first.

“Industry will question how it is supposed to meet its carbon emission targets. Policies lately have been a move away from renewable technology. Now it would appear to be moving away from addressing the energy efficiency of the existing housing stock. That the Green Deal failed comes as no surprise, however, it seems reckless to be relying on no policy at all to deliver this important agenda.”

Secretary of State Amber Rudd’s speech was given to the Aviva conference, entitled: ‘Climate Change: The Financial Implications’. 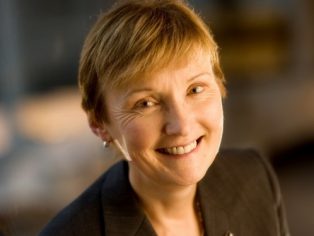