Claridge Architects’ masterplan for Birmingham’s major canal-side development, Soho Wharf, has been submitted for planning this month. The site, just over a mile from the city centre, and which was shortlisted in the 2018 AJ Awards, is a residential-led, mixed-use scheme which aims to transform a derelict industrial canal-side site and incorporate it into the city’s vibrant core.

Claridge Architects was appointed by joint venture partners Apsley House Capital and Galliard Homes as architect on the project after they acquired an 11.7-acre regeneration site in August 2017. The proposed masterplan, for over 750 homes set amongst green, landscaped public parkland represents Claridge Architects’ largest scheme to date and their second appointment of scale in Birmingham. Their first, in the same joint venture, was for Timber Yard, a mixed-use development including 379 residential units with generous landscaping on the Pershore Street car park site in the city centre, which won planning permission in August 2018 and is estimated to complete in 2021. Both schemes are designed to provide homes for young professionals in the city’s centre.

The Soho Loop site sits in North Edgbaston alongside the Old Line Canal, which is accessible along a waterfront towpath. Claridge Architects has designed a masterplan for a low-rise, permeable canal-side quarter with imaginative landscaping and publicly accessible canal-side parks, fully activating the waterfront to provide an attractive residential environment

As an integral part of the plan it has designed homes that vary in scale and tenure, are characterful, energy efficient, and accessible to the city’s new urban generation, in order to address the city’s housing shortage and retain graduates and key workers within the city. The proposed materials take cues from the existing fabric of the city, mixing brick styles and colours and varying the overall texture using pattern interspersed with wood, stone and tile detailing.

As part of its cradle-to-grave ethos it will provide studios for young professionals, family homes, and apartments suited to downsizing. The plan will also include street-level commercial units, landscaped areas, and direct links to the city centre via the main canal. The sequence of dwellings, gardens, play areas and green spaces were designed to encourage both community engagement and quiet contemplation alongside a re-animated waterfront.

Soho Wharf is adjacent to Icknield Port Loop and features in the Greater Icknield Masterplan, part of the Birmingham Development Plan, which has outlined plans for 3,000 new homes and 1,000 new jobs in the area.

“Soho Wharf is inherently designed with a people focused approach. The civic environment is centred around new public connections, a variety of defined green spaces and stepped waterfront landscaping. The previously vacant site is to be unlocked, delivering homes for over two thousand people and creating a vital centre point for wider regeneration and community integration. The meticulously designed architecture respects the historical heritage of the area while providing a cohesive and contemporary new neighbourhood.”

“Soho Wharf is one of the most exciting regeneration opportunities in Birmingham, transforming what is currently a derelict industrial site, just a short walk along the canal from the city centre, into a thriving residential community and local hub for leisure and lifestyle amenities for the public.”

“As one of the most anticipated mixed-use schemes in the city we are excited to be bringing our placemaking and regeneration expertise to such an important site and helping to deliver on the Council’s ambitions to create more homes and attractive places to live for the people of Birmingham.”

“Soho Wharf is a vital piece in the Birmingham development puzzle, helping to unlock the Greater Icknield Masterplan and bring forward the long overdue regeneration of this area of the city.”

“Given the site’s historical context and its importance to the future redevelopment of Greater Icknield, we have consulted extensively with both local stakeholders and the city council to ensure we are delivering a scheme that not only enhances the area but provides the right mix of homes, commercial space, amenities and public realm.”

With its lively cultural scene, the transformation of Birmingham New Street station, and arrival of major projects such as the Smithfield markets, the HS2 and the 2022 Commonwealth Games, Birmingham is fast becoming a key world-class city in Europe. 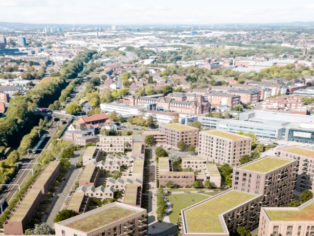 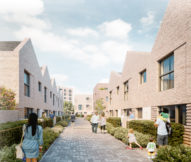