Work is set to begin on a major new Eastside development which will complete the transformation of the area into an all-encompassing campus for students at Birmingham City University.

The project, developed by specialist student housing company Alumno Developments, is now underway and the city centre accommodation, which will house 659 students, is scheduled to conclude by August 2016. The development forms part of a major regeneration of Birmingham’s Eastside district, located close to the Bullring shopping centre and Birmingham’s key transport hubs. The previously derelict site runs alongside the Digbeth Branch Canal and forms part of the City Council’s Eastside Regeneration project

Birmingham City University’s campus already includes The Parkside Building, opened in 2013, The Curzon Building, opening this year, and a sizable presence in Millennium Point. Plans have also been submitted for a new Conservatoire, set to open to students and the public in 2017.

“This project with Alumno Developments is the next stage in the continuing transformation of both our campus and the Eastside of the UK’s second city.

“The experience our students have while at the University is of paramount importance and this No1 City Locks development will offer them city centre living and great amenities right next door to where they study.

“With the new Curzon Building set to open this year and plans advancing for a superb new Conservatoire, this is a thoroughly exciting time to be part of Birmingham City University.”

“We are creating a vibrant new public realm through the opening up of the largely redundant canal side. This follows Birmingham City Council’s Eastside Locks master plan which focuses on generating further investment in the city. No1 City Locks provides the perfect opportunity to turn a part of that vision into a reality, and we are delighted to be partnering with Birmingham City University to deliver a significant development which supports the University’s growth agenda.”

The main contractor for the project is John Sisk and Son Ltd and DBK Ltd is providing project management, employers agent and CDMC services. 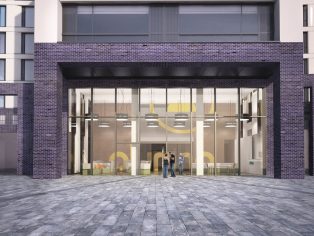