With the arrival of long-awaited economic recovery and the prospects for most sectors seeing an increase in investment and activity, how will our current planning system deal with future developments both in terms of housing delivery and support for economic growth?

Latest research just published by one of the UK’s leading property consultancies – Bidwells – highlights the current trends. These show multiple economic and property market indicators turning positive during the course of 2014, with an increase in planning activity.

On the residential side, this is supported by mortgage lending up by 23.5% in 2013 versus 2012 and new housing construction orders rising to £15.8 billion, comparing favourably with £18.1 billion in 2007 at the top of the last cycle.

Whilst this heralds a marked upturn in residential construction and housing supply, it remains the case that the current planning and development system is still simply not delivering enough new houses to the market.

Over the past 20 years, UK housing completions have generally been 50-100,000 units less per annum than estimated demand, resulting in prices holding up well even in the downturn.

In contrast to the residential sector, indications of an upturn in commercial planning permissions and construction are limited.

The tension between the need for development and the protection of the Green Belt is not new but recent Planning Practice Guidance reiterates the Government’s emphasis on prioritising the re-use of Brownfield land. Councils are specifically being directed to take a flexible approach to planning obligations to ensure that the development of Brownfield sites is viable.

‘Perspectives on Planning’ includes an audit of the positives and negatives of Brownfield and Green Belt. With Green Belt, sites can come forward more quickly, there is often greater certainty regarding site conditions, flood risk can be easier to address and the surrounding countryside is accessible. However there may be considerable resistance from planning policy/PPG, developments are likely to have a landscape impact, there is potential for adverse impacts on habitats and biodiversity generating local opposition and supporting infrastructure is often lacking.

With Brownfield sites, a development is recycling derelict land where the utilities infrastructure is often in situ and it is likely to be closer to sustainable transport services. It will also get considerable planning policy/PPG support. However, there could be potential contamination, as well as viability issues due to increased remediation. Brownfield sites may also have biodiversity value and sites can take longer to redevelop.

“This latest research confirms the news of an economic recovery with data showing an increase in terms of planning consents, new build housing orders and a rise in mortgage lending. However there is still an undersupply in terms of housing – we simply don’t have enough new homes being built.

“In the commercial sector, there has not been the encouraging increase we are seeing in residential, either at national or regional level.

“The upturn brings its own challenges in terms of planning for the future. Localism, the National Planning Policy Framework and other policy and guidance revisions made during the downturn will now be properly tested in practice and ongoing debate and controversy seems inevitable. The next 12 months in planning will be characterised by tension and contradiction leading to the General Election in May 2015.” 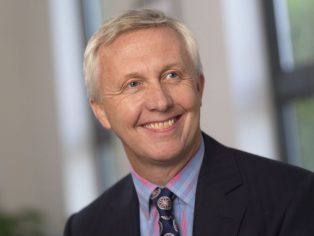