Leading independent property, construction and infrastructure consultancy Pick Everard has promoted a raft of employees across its architecture discipline to support its ambitious expansion plans.

David Shaw has been promoted to director and will be heading up the architecture department. Brian Fisher, Derek Gee, Paul Knifton and Richard Torkington have been promoted to associate directors, while Justin Ashworth, Jade Broadhurst and Devika Parmar will take on the role of associates.

As part of Pick Everard’s strategic expansion aims, the eight promotions – who have more than 170 years of combined experience – will support the firm as it positions itself as the first-choice property, construction and infrastructure consultancy as part of its 2020 vision.

David, who joined Pick Everard as an associate in 2016, said:

“I’m really pleased to have had my hard work and dedication recognised and I’m excited to tackle the challenges which lie ahead.”

“My top priorities going forward are to continue to strengthen and develop the architectural discipline for Pick Everard, while maintaining a high-quality service to ensure sustained client satisfaction.”

Brian, based in Pick Everard’s Leicester office, has been involved in a number of projects for Warwickshire County Council, completing major extensions to cater for the growing demand for school places in the area.

Derek qualified as an architect in 1987, before joining Pick Everard’s London office in 2013 and has a particular interest in the design of low impact buildings.

Paul, based in Pick Everard’s Derby office, joined the consultancy in 2013 and is currently working on the Les Quennevais School – a revolutionary secondary teaching facility for SEN students.

Richard joined Pick Everard’s Bury St Edmunds office in 2000 and is looking forward to enhancing the firm’s architectural offering in the east.

Justin has been working at Pick Everard’s Bury St Edmunds office since 2012 and is currently working on the £35m Riverside leisure centre redevelopment in Chelmsford.

Jade works from Pick Everard’s Leicester office, which she joined in 2006. Going forward, she is keen to encourage new architectural talent within the business.

Devika joined Pick Everard’s Leicester office in 2015 after qualifying in 2007.

“The architectural practice is a huge asset to Pick Everard and I would like to congratulate David, Brian, Derek, Paul, Richard, Justin, Jade and Devika on their promotions and wish them every success in their new roles.”

“The promotions are testament to the team’s hard work and contribution to the company, which has been recognised throughout the business. I have no doubt that their experience and dedication will play an important role in Pick Everard’s plans this year and beyond.”

With 11 offices across the UK, Pick Everard is continuing to grow, operating nationally across a broad range of sectors including education, blue light, healthcare, defence, custodial, industrial and manufacturing and workplace. 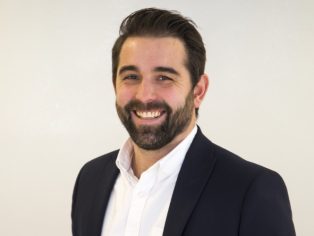