London’s Greenwich is known across the world for its connection with time. An area steeped in chronological and meteorological history – it was from the Greenwich Royal Observatory that the world’s first weather forecast was made in 1848 – and in existence far back enough to have been mentioned in the Domesday Book, Greenwich is now a vibrant and fascinating community.

The area’s chronological heritage was celebrated in the creation of the Millennium Dome, now known as the O2, which is both the largest single roofed structure and the largest dome in the world. The building is 365m in diameter, reaches a height of 52m in the middle and has 12 supporting poles, representing the days, weeks and months of the year respectively. Tourists flock from across the world to visit the O2, both inside for its live music events (the O2 is the world’s busiest music arena) and outside for the spectacular views of London to be had from climbing to the top.

Despite the area’s already massive popularity, a massive regeneration scheme is set to make Greenwich even more attractive. The £5 billion redevelopment of Greenwich Peninsula is being tackled jointly by Meridian Delta, the National Regeneration Agency, English Partnerships, Anschutz Entertainment Group and the London Borough of Greenwich. The O2 will benefit from the development of a new world-class arena, while the Greenwich Peninsula area will see some 33,000 sq m of retail space and 340,000 of commercial space added. Around 10,000 new homes will also be built under the scheme.

Zeeshaan Shah, Chief Executive Officer of One Capital, who is active in the Greenwich area thanks to the development of the ibis Styles Hotel, Greenwich Peninsula commented:

“Greenwich is a fantastic part of London. Its royal connections date back centuries and to this day it is one of only three royal boroughs in the capital. Greenwich is one of those rare places that has everything to offer right on its doorstep and the huge development scheme that is currently underway will secure Greenwich Pneinsula’s position on the world stage for years to come.”

The new ibis Styles Hotel, Greenwich Peninsula is one of the most exciting parts of the scheme. A joint venture between Cherif Investment Properties (the property development arm of the Beaverbrook Family Office) and London-based development and private equity firm One Capital, the hotel will be the latest offering from the ibis Styles brand, which has made a name for itself through its non-standardised hotels in sought-after locations.

One Investments is the master agent for the ibis Styles Hotel, Greenwich Peninsula, with investment beginning at £134,995 for a double room and rising to £179,995 for a family suite. The prestige of the project is such that accumulated returns are projected to reach up to 65.63% over five years.

With a young population – 21.8% are under 15 years, while only 10.3% are of retirement age, according to the 2011 Census – Greenwich is a thriving borough richly packed with entertainment and leisure options. Indeed with figures from the Local Government Association showing the borough as attracting in excess of 9 million day visitors and 600,000 overnight stays, the ibis Styles Hotel, Greenwich Peninsula has arrived just in the nick of time! 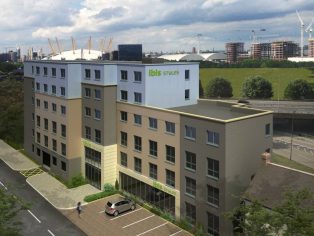 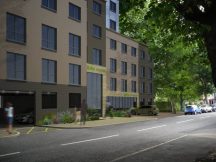