The MD of Europe’s largest independent cold rollforming manufacturer has received recognition for his outstanding contribution to the business sector and West Midlands’ economy.

Stewart Towe CBE, MD of Hadley Group, was awarded the coveted title of Ambassador of the Year at the West Midlands Business Masters Awards at Edgbaston Stadium in Birmingham.

The awards run by TheBusinessDesk.com seek to recognise excellence, entrepreneurship, growth and enterprise amongst the region’s businesses. The highlight of the evening is the Ambassador of the Year award which is presented to an individual who the judges believe has done the most to promote the region over the last 12 months, helping to increase its attractiveness as a place from which to do business.

As well as steering the helm of Hadley Group, a major employer in the region and manufacturer of cold rolled sections and allied products, Stewart is a passionate advocate of manufacturing, business, corporate responsibility and young people in the West Midlands and beyond. He actively participates and voices the needs of the sector via forums such as the Local Enterprise Partnership and the Chamber of Commerce Platinum Group.

“Under Stewart Towe’s leadership Hadley Industries, a steel products manufacturer, has gone from strength to strength with turnover now in the hundreds of millions and massive success in the export markets through overseas manufacturing facilities.

“This doesn’t happen without a lot of hard work but despite that our winner has found time for an extraordinary amount of extra-curricular activity on behalf of the region’s business community.

“He has also chaired the Black Country Local Enterprise Partnership since December 2010 and is governor or pro-chancellor at a number of local schools, colleges and universities.”

“I am honoured to have been chosen as the 2015 Ambassador of the Year. I am proud to have been born and bred in the Black Country and am always keen to use my position to help the region and its community to thrive.

“Traditionally, the West Midlands was a hive of manufacturing activity, but it fell quiet for too long. I am delighted to be working with other entrepreneurs through organisations such as the Black Country LEP to be helping to drive its revival as an economic powerhouse.”

The Hadley Group is the largest British owned producer of cold rolled sections and allied products and employs more than 500 people with a turnover more than £100 million.  The group now occupies more than 450,000 square feet of manufacturing space and rolls more than 125,000 tonnes of steel annually. It operates in 36 countries covering 5 continents and supplies customers across automotive, construction, agriculture and aerospace industries. 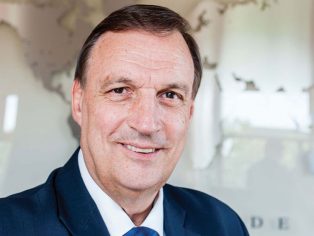