The UK’s oldest purpose-built cinema is set to receive a new lease of life with the help of an architect who specialises in conservation.

Nicholas Jacob Architects has been charged with delivering the £700,000 development of Electric Palace Cinema, Harwich, which has been granted some Heritage Lottery funding and is also being championed by a community fundraising initiative.

The firm has already started work on the building, which boasts a silent screen, an original projection room and ornamental frontage.

Once complete, the 105-year-old building will have a renovated ceiling, new seating, new internal decoration and a full refurbishment of the exterior.

Shaun Soanes, the architectural lead on the project, said:

“This is an incredibly important building with a rich history and we are delighted to have been contracted to play such an important role in its preservation and restoration.

“We already have a long relationship with the building and have been part of various works over the last 15 years including repairing rusted ironworks under the flooring.

“Now we need to secure the original plaster on the ceiling, which is beyond its average lifespan and this is an urgent requirement especially in light of the disaster at the Apollo theatre in London in 2013 when the ceiling collapsed injuring 88 people.

“At the Electric Palace there is no space above the ceiling so we will need to take off the roof and put a laminate to the back of it to reinforce it. We are also looking at improvements to the stage and seating area and lighting, making sure whatever is done is stylistically appropriate.”

The Electric Palace cinema was built in 18 weeks at a cost of £1,500 and opened in 1911 with a screening of the black and white film Battle of Trafalgar and The Death of Nelson.

Designed by architect Harold Hooper and developed by Charles Thurston, a traveling showman, the venue, in Kings Quay Street, ran successfully for 45 years, closing only briefly in 1953 due to flooding.

It was shut in 1956 however and left derelict until it was ‘rediscovered’ in 1972 in a town study by Gordon Miller and the students of Kingston Polytechnic.

At the time, the council had planned to demolish all the buildings in the area and build a lorry park instead.

Detailed survey drawings and original pictures from Mr Miller show the cinema in a neglected state, with cracked facades, peeling paint and gaping holes in the roof.

In 1975 the Electric Palace Trust was formed to restore the cinema and it reopened in 1981.

The new work will be the first time the Grade II* listed building has been redecorated.

“Probably because of its out-of-the-way location, its various owners over the years were never tempted to rebuild and enlarge, as happened to many other cinemas from this early period.

“Over the years the building has received a lot of support from the local community and has managed to secure sums of money through various campaigns, donations and funding opportunities.

“We have improved access and facilities for disabled visitors, refurbished the seats and soft furnishings and installed a new sound system.

“But now, thanks to this lottery funding, we believe the cinema will be properly protected for future generations.

“A major part of this will be restoring the fabric of the building itself.”

The Electric Palace currently runs as a community cinema which shows films every weekend as well as special live music events. 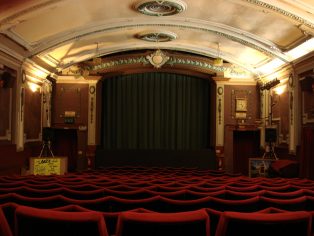 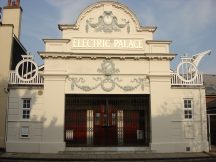