Upcoming release: “How to read towns & cities – a crash course in urban architecture”

How to Read Towns & Cities is a pocket-sized primer by architectural critic Jonathan Glancey which explores  the forces that have shaped the world’s cities.

It takes a practical, highly visual approach on how to read the stories embedded in the fabric of the neighbourhoods, towns, and cities in which we live today.

Packed with plans, maps, and drawings, this book takes the reader on an international journey of discovery to explore the history of cities from our earliest urban origins to the contemporary world city – from Babylon to Beijing, London to Paris, and from the skyscrapers of New York to the streets of their own home town.

A must-read for anyone interested in history, cities, and travel, this fascinating book turns the reader into urban detective to see how our towns and cities grew the way they are.

Extract from the introduction courtesy of Bloomsbery:

“Cities grew up as the seats of power, the heart of unifying religions … they are easily recognised, their identity perhaps even felt by visitors. And, although they do share a number of universal features – grand squares, an increasing intensity of architecture and activity towards their centres – cities come in many forms.

“The clustered skyscrapers of Chicago, Frankfurt and Shanghai spell the word ‘city’ loud and clear, and yet many of the world’s great cities – Paris, Copenhagen, St Petersburg – are distinctly low-rise, although even these have witnessed the rise of modern towers on their peripheries.” 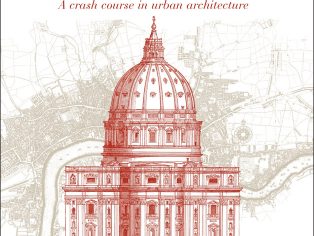