Windows have long been identified as a key weak point in building design and energy efficiency.

With energy efficiency targets becoming increasingly ambitious, a consortium of European businesses has set out to develop a solution to excessive heat loss and gain through windows.

While there are some solutions currently available on the market which have proved to be effective, the consortium wanted to address some key limitations. These included the tendency for filaments to radiate heat and the high cost of some of the technologies.

The project partners – which included Eurofilms Extrusions, Wells Plastics, Hanita Coatings, Hermaos Del Pino Espinosa and the UK Materials Technology Research Institute (UK-MatRI), a Pera Technology company – undertook two and a half years of scientific research and technological development in polymer compounding and multi-layer extrusion techniques in a bid to solve these issues.

The solution they identified is a low-cost, organically-based, readily available multi-layer polymeric switchable reflective SHGC film coating. The multi-layer film operates in the infra-red region giving control to the amount of heat radiated whilst retaining a constant level of visible light transmission. The number of films in the multi-layer stack are minimised to ensure that the SolarGain technology is cost competitive and large areas of film can be controlled from one source. The technology requires a small voltage to ‘switch’ the film and can be supplied as part of a window unit or retro-fitted onto existing windows.

“Buildings are a major drain on European energy resources. They represent over 40% of energy consumption in the EU, which is equivalent to over 1,800 million tonnes of CO2 emissions. If Europe is to meet its Kyoto Protocol commitments, improving the energy efficiency of buildings is a priority objective.

“A building’s windows – whilst attractive, desirable and essential to the comfort of the occupiers – are also acknowledged to be a key weak point in terms of the building’s energy use. Due to their inferior insulating properties, they lose heat during the winter months. Thanks to excessive heat gain from the sun during the summer months, they also require expensive energy-intensive air conditioning to cool the building down.

“With such window-related losses representing 10% of a building’s energy consumption – 4% of Europe’s total energy use – it’s clearly a serious problem, and one that the SolarGain project has taken huge steps forward in addressing.”

“SolarGain technology represents a step-change in the energy efficiency capabilities of windows. This was only made possible by the unique combination of skills and technologies represented within the consortium.

“We believe that this technology is likely to generate significant demand once launched and will go a long way in helping home owners and businesses reduce energy consumption.”

The SolarGain technology is now undergoing optimisation ahead of being released to the market. 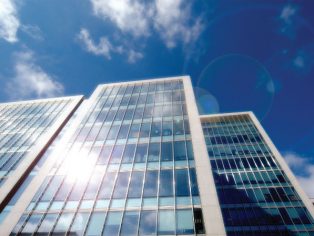