With her practice she has gained international acclaim, with work ranging from theatres, museums and libraries to neighbourhoods, housing and parks – each design founded on the observation of people, location, culture and climate.

She holds Honorary Fellowships of the Royal Institute of British Architects (RIBA), the American Institute of Architects (AIA) and the Royal Architectural Institute of Canada (RAIC) and was granted lifelong membership of the Akademie der Künste in Berlin. In 2015, Queen Máxima of the Netherlands presented her with the prestigious Prins Bernhard Cultuurfonds Prize for her entire oeuvre.

Her much-anticipated contribution further enhances the aim of ITEAC 2018 Places for Performance: New Directions to gather international practitioners to share, learn and discover from projects completed and planned from around the world.

Booking for ITEAC 2018 is now open and as interest to attend the Conference has been very strong, those wishing to attend are urged to book as soon as possible.

Presented by the Association of British Theatre Technicians (ABTT) at the state-of-the-art Savoy Place, the Global Engineering Hub of the Institution of Engineering and Technology (IET), latest information regarding sessions and speakers will be posted on the ITEAC website as announced.

Following the three days of conference, ITEAC delegates may then join up with Exhibitors and Visitors to the 40th anniversary annual ABTT Theatre Show at London’s Alexandra Palace, 6-7 June:  a great week of discussion and discovery for those involved in theatre design and technology. 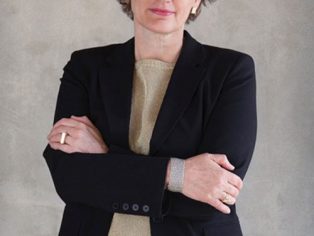