A new hospice project in Singapore, completed by Keppie in collaboration with local practice, New Space Architects, has won the BCA Green Mark Platinum Award. The project was also shortlisted for an award in the World Architecture Festival in the Completed Health Buildings category.

The Assisi Hospice is a patient-centric palliative care facility, with a capacity of 85 beds, of which 80 are in the adult ward alongside a 5-bed paediatric ward. It is the first new generation hospice in Singapore, prompted by the development of the National Strategy for Palliative Care. Currently the biggest hospice in Singapore, the six-storey building is expected to serve more than 2000 patients yearly, doubling its previous capability. The building has been recognised as a peaceful, calm, dignified and life-affirming place for patients, family members and end-of-life care staff.

The project is the second recent healthcare project in Singapore in which Keppie have been involved. The Kampung Admiralty scheme, developed in collaboration with WOHA Architects, won the Gold Certificate at the BCA BIM Awards in October, having previously picked up a BCA Green Mark Platinum Award and the Universal Design Mark GoldPLUS (Design) Award ahead of its completion. The project involved the integration of a host of facilities and amenities to form an 11-storey retirement kampung (community) or active ageing hub. It is the first development in Singapore to integrate housing for the elderly with a medical centre, eldercare and childcare centres, a community park, vegetable farm, 900-seat hawker centre and 20 dining and retail outlets.

Keppie Design Director, David Ross said, ‘It’s gratifying to see these projects being acknowledged and rewarded. Both were great to work on and the collaborative relationships formed with the local lead practices were very positive and enduring.’ 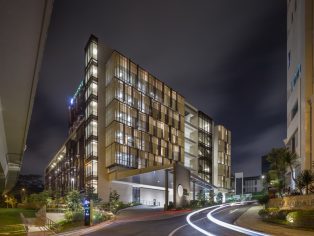 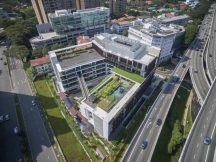