LDA Design, the independent design, environment and sustainability consultancy, has announced four new partners, reflecting the significant growth of the business over the past 12 months.

The four new equity partners are Robert Aspland, whose expertise is in the public and private realm; Charles Crawford, whose work lies predominantly in the energy and infrastructure sector; Ashley Dunseath, who is a specialist in development planning and works internationally; and Mike Foster, who is responsible for development and regeneration.

LDA Design has continued to grow organically in response to the increased demand for the firm’s diverse and specialist services. The new partners will take the partnership to 11; it already includes Professor Robert Tregay, Andrew Harland, Colin Goodrum, Neil Mattinson, Bernie Foulkes, Alister Kratt and Frazer Osment. LDA Design has a total of 125 members of staff throughout its five offices in the UK – London, Peterborough, Oxford, Exeter and Glasgow.

“The economic downturn was difficult for a large number of businesses working in the built environment, ourselves included; however, over the past couple of years, we have adapted, diversified and strengthened our offer to best meet the needs of our current and future clients.

“The past 12 months have been our strongest yet; business is picking up quickly which has resulted in us growing 25% in 2013. Our four new partners will help support the business, so that our success and growth can continue far into the future.”

LDA Design has experienced particular growth in energy and infrastructure, solar energy projects, and development and regeneration. The practice has recently expanded its urban design and masterplanning offer, following the appointment of Vaughan Anderson as a Director of this service. It is also now engaged in international projects, including work in the Middle East, Russia, China and India.

In the past three years, LDA Design has completed work on the London 2012 Olympic Park, and continues to work on its transformation programme. It is appointed on the Battersea Power Station redevelopment and several other ground breaking projects including: commencement of work on the masterplan for Swansea Bay Tidal Lagoon, the world’s first, man-made, energy-generating lagoon, which was recently validated; and completion of work as lead consultant on the Rookery EFW project, which was the first National Significant Infrastructure Project (NSIP) Development Consent Order (DCO) validated under the Infrastructure Planning Commission (IPC) in November 2011. 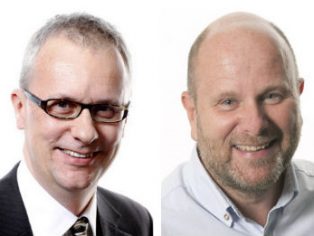