London to lead European hotel sector into 2015 and beyond

London’s hotel sector is set to lead Europe into the future, according to the European Cities Hotel Forecast for 2014 and 2015 from PwC. The report forecasts that London will be second for RevPAR growth during 2014 and first during 2015, with 3.8% and 5.2% respectively, ahead of the 17 other leading European cities that the report covered.

Naturally, certain elements of the sector have outperformed others. Zeeshaan Shah, Chief Executive Officer of One Capital, commented:

“While the overall picture for the London hotel sector has been positive in recent years – a trend which has continued into 2014 – we’ve seen the budget share of the market flourish particularly. Innovations in the budget offering, such as ‘all inclusive’ packages and new brands such as ibis Styles, from Accor’s ibis offering, are redefining budget hotel accommodation.”

Popular with everyone from tourists to business professionals, budget hotels from leading brands are certainly enjoying sharing in London’s success. Competition within the sector has driven up standards to the point where ‘budget’ can only truly be used to describe their price point. Ibis Styles for example, is a non-standardised brand that features establishments with distinct personalities in the heart of major cities, with a colourful, bright and energetic style complementing an all-inclusive package, with room rates including breakfast and internet access.

The latest ibis Styles hotel, the ibis Styles Hotel, Greenwich Peninsula, which is being built through a joint venture between Cherif Investment Properties (the property development arm of the Beaverbrook Family Office) and London-based development and private equity firm One Capital (with One Investments as the master agent), has just been launched for investment, much to the excitement of those looking to be a part of London’s thriving hotel sector. Investment prices range from £134,995 for a double room, through £147,995 for an executive room, to £179,995 for a family suite. Accumulated returns are projected to reach up to 65.63% over five years.

Just ten minutes from London City Airport, the ibis Styles Hotel, Greenwich Peninsula is part of the massive regeneration project underway on the Greenwich Peninsula, which will see some £5 billion of investment across the area, overseen by the London Mayor’s office. One of only two budget hotels on the peninsula, it is perfectly positioned to attract international tourists visiting London, domestic tourists visiting the O2 and other local attractions and professionals in the area for business purposes. One Capital’s Zeeshaan Shah concluded:

“Greenwich is the place to be when it comes to investment in the London hotel market at the moment. The development work underway there is set to drive up visitor numbers to the area for years, while being home to ‘the world’s busiest music arena’ and having London on its doorstep means that Greenwich is already popular with everyone from family groups to international business travellers. With so much to offer already, the impact of the current regeneration work and of the launch of the ibis Styles Hotel, Greenwich Peninsula really is going to be exciting for this vibrant area of London.” 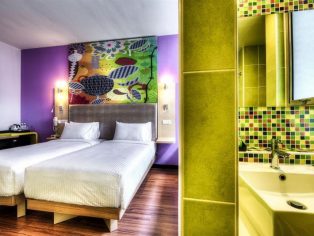 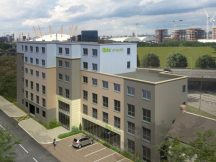