Renowned Chinese architect I M Pei, designer of the glass pyramid outside the Louvre, the Museum of Islamic Art in Doha, Boston’s John F Kennedy Library and Museum and many other key buildings, has died aged 102.

Famous for designing buildings which displayed precision in their geometry as well as employing natural light, Pei continued working into old age, designing the Doha museum in his eighties. He was born in Guangzhou, China and studied in the US, at Pennsylvania, MIT and Harvard before working for the US Government during World War Two.

He founded his own practice in 1955, and became one of the 20th century’s most prolific architects, designing buildings across North America, Asia and Europe. His modernist style was influenced by cubism and a love of Islamic architecture, and often combined glass, steel and concrete.

Pei was quoted as saying that architecture was a “pragmatic art,” and “to become art it must be built on a foundation of necessity.” He received the Pritzker Prize in 1983. 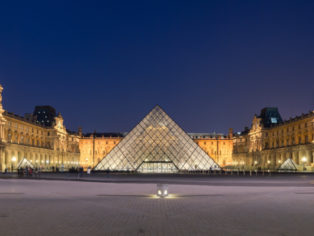