Issue #76, the first issue under her editorship, will be launched on Thursday 20 June 2019, and will explore a glossary of architectural terms from A to Z that are understood to be relevant to architecture today

“AA Files 76 will question the relationship between text and project I cannot think of a better way to start this project than by redefining our themes of inquiry together with our readers and contributors.”

The appointment of Giudici continues a long standing tradition of publications at the AA that is an integral part of its founding charter. Eva Franch, AA Director said,

“AA Files is an essential part of the Architectural Associations pedagogical and cultural project. Maria’s work as a designer, critic, and editor in the international architectural arena and here at the AA have afforded her a unique perspective in contemporary discourse that I believe will become a new referent for the architectural community looking for relevant questions and new answers.” 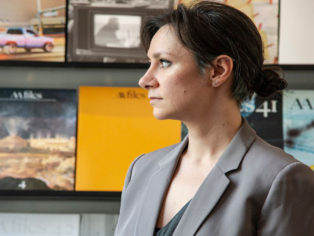