Plans for the Tulip tower, a 305 metre high project proposed for Bury Street (beside the Gherkin), have been blocked by London Mayor, Sadiq Khan.

Khan wrote to Annie Hampson, chief planning officer of the City of London, to tell her that the London Review Panel Report on the project indicates that “the proposal would not constitute the high standard of design required for a tall building in this location.”

According to the report, the Foster + Partners designed project raised a number of concerns. These include:

Overall, panel members were stated to feel that, “while the building may be a successful response to the functions of its brief – this has not resulted in the world class architecture that would be required to justify its prominence. The panel also felt that a building of this size and impact should be carbon neutral, and that the education strategy should be more ambitious, if this is a core justification for the height of the building. These comments are expanded below.” 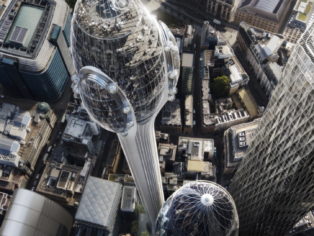