Sensitive repairs to an extraordinary seventeenth-century family monument in the Poulett Memorial Chapel of St George’s Church at Hinton St George in Somerset have won the prestigious 2014 SPAB (Society for the Protection of Ancient Buildings) John Betjeman Award. Unusually, the SPAB has also announced commendations for the conservation of the exquisite embroidered dossal hung behind the altar at Lanercost Priory, Cumbria, and for impressive consolidation work to the remains of the former south cloister at Tewkesbury Abbey.

The award honours the memory of church enthusiast and SPAB member Sir John Betjeman and is made for outstanding repairs to the fabric of places of worship in England and Wales completed in the last 18 months. Importantly the award is always made to the winning church / chapel rather than to individuals. 2014 has a particular significance as it marks the 60th anniversary of Betjeman’s involvement with the SPAB and it was fitting that this year the award attracted a strong field of entries.

The SPAB judging panel visited the three shortlisted projects in May and found themselves faced with a tough decision. There can only be one outright winner and ultimately the meticulous and beautifully executed work on the Baroque memorial to John, 1st Baron Poulet – the final phase in a programme of conservation repairs to the Poulett Chapel – nudged ahead.

“This project, which has stretched over 6 years since the initial conservation report was produced, has been immensely challenging but also immensely rewarding. I would like to particularly thank those organisations who provided the main funding for the project. I would also like to pay tribute to the skill of Lynne Humphries and Emma Norris who carried out the work and to Philip Hughes for his advice and guidance”.

The ornate memorial had been affected by the (formerly) damp environment the chapel and damaged by crude overpainting and heavy repairs carried out in the past. Conservators Lynne Humphries and Emma Norris, of Humphries and Jones Ltd. removed the overpaint to reveal the underlying scagliola (decorative marbling effect). Dated to 1667 -69, this is now thought to be the earliest example of scagliola in England.

Following the long-established principles of the SPAB – to repair what is there, not replace – their careful work ensured that the monument retained its gloriously faded appearance. They also resisted remodelling missing elements, including a cherub’s face and the arms of the principal figures, as evidence to suggest how these might have looked was not substantial and they wished to avoid conjecture.

The judges agreed that the work at St George’s was an excellent example of good practice in sensitive repair – well executed and based on a sound understanding of the building and the conservation challenges it posed.

The 2014 competition was extremely close-run. At Lanercost Priory textile conservation work to the remarkable dossal, a piece designed for the building by SPAB’s founder William Morris and worked by the women of the parish, impressed the judges as did the imaginative, but minimally invasive repair work carried out at the remains of the former cloister on the south side of Tewkesbury Abbey.

“In every case we were impressed by the high level of professionalism, research and thought which had gone into the repairs. We felt that all three short-listed projects exhibited the SPAB’s principle of ‘honest and visible repair and decided, unusually, to announce commendations alongside our winner.’

SPAB’s John Betjeman Award takes the form of a commemorative scroll featuring a John Piper print of a church much-loved by Betjeman. This will be presented at the Society’s AGM in July.

“There are something like twenty thousand CofE places of worship in this country and of those far more than half are ancient buildings, that is to say each represents the gradual growth of a community. They are the history of English art displayed in living form, and most country churches have far more to tell to those who will look than have the local museums.”

“I know my father would have been delighted by all three of these great projects. Each conserves different elements of ecclesiastical architecture which help to make our churches the wonderful, distinctive and serene places they are. This year marks the 60th anniversary of my father’s involvement with the SPAB, as well as the 30th anniversary of his death, so it was a particular pleasure to read the reports of visits made to the buildings ‘in his name’ and to find out more about the sensitive repairs nominated for the award. I heartily congratulate the winner and two runners of the SPAB’s John Betjeman Memorial Award and feel sure that is must have been difficult, if not almost impossible, for the judges to choose between them.” 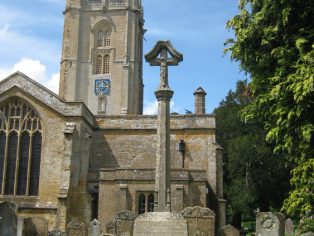