Martin Rogers has joined architects maber as an associate to further drive the growth of the practice’s expanding Birmingham office.

The firm now has six of its 70-strong team based in Colmore Row, its Grade II-listed city centre office.

With more than 20 years’ experience in architecture, Birmingham man Martin has previously overseen the set up and growth of several offices for other practices.

“I am looking forward to helping maber to further build its reputation in the west midlands. The practice is well established in the East Midlands, and has already made a real impact in the short time it has been established in Birmingham.”

A former student of the Birmingham School of Architecture and the University of Greenwich, he has given back his expertise to the school and the city by participating in student critiques, helping to produce the architects of the future.

Its major projects in the West Midlands include designing the new headquarters and manufacturing facility for Controls and Data Services, part of the Rolls-Royce group, in Solihull.

In the education sector, the practice was the architect on South Staffordshire College’s £5.4 million AgriSTEM Academy, which combines a traditional brick-built granary building with state-of-the-art new facilities, and for the £10 million WMG Academy for Young Engineers. It has also designed the new Sutherland Primary Academy in Stoke-on-Trent.

In the residential sector, the practice is supporting a number of clients on student accommodation schemes, and there is a healthy crop of opportunities in the build to rent sector. At the other end of the scale, the Birmingham Office’s design for the remodelling and refurbishment of the Almshouses – six Grade II-listed cottages in Rolleston on Dove near Burton on Trent – has recently received planning consent.

Martin will jointly head up the Birmingham office with David Brooks and Mark Hobson, maber’s managing director, who commented:

“We are building successful new working relationships in the West Midlands and are excited to see the region developing as the Midlands Engine for Growth.” 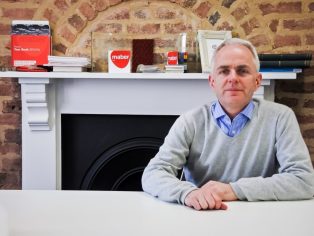