The historic theatre will be open throughout the refurbishment with visitors directed to a new temporary box office, theatre entrance and bar as preparatory works begin this weekend.

The plans have been developed by Stirling Prize-winning architects Haworth Tompkins, who also developed the Royal Court Theatre in London, Young Vic, the egg in Bath and Liverpool’s Everyman.

The front of house spaces will be transformed to create a warm and welcoming theatrical and social resource for the whole of Bristol with a spectacular new glass-fronted entrance foyer, revealing the original 18th walls of the theatre to the street.

The new foyer design is inspired by the openness of an Italian piazza, with natural light filling the space through high-level windows. The project will also see the return of the Grade 1 listed Coopers’ Hall to its original 18th century dimensions for use as an events space for the city, while it will bring a new studio theatre, a modern bar and restaurant facilities, lifts to all floors and new toilets.

On 30 May, Bristol Old Vic celebrated its 250th anniversary, becoming the oldest British theatre in history. The refurbishment is expected to be completed in 2018. 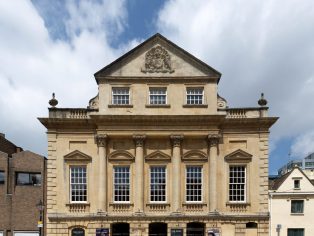 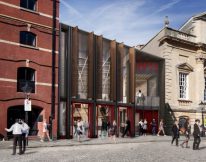 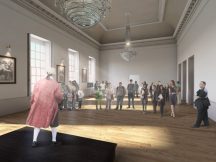 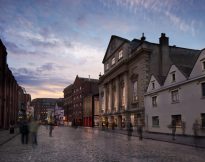