The £3m development of two blocks for sixth-form boarding in Housman Hall at Bromsgrove School will create 49 new en-suite study bedrooms. The first building was completed in October 2013 with the second due to be finished by the end of August. Robothams Architects specified Klober’s air-open roofing underlay Permo® air as one of only two membranes approved by the NHBC Standard for use without supporting high level ventilation.

The old central house at Housman Hall, formerly the home of Old Bromsgrovian poet AE Housman, is listed with the site overall in a conservation area. Permo air therefore enables both long span roofs to be unaffected by vents within a roofline which is in the vernacular style. As such, Permo air made a tangible contribution to a development which preserves and enhances the character of Housman Hall by replacing the former boarding wings with a more sympathetic development. 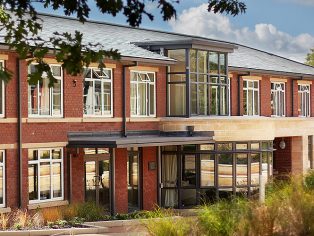