Perth and Kinross District Council has a district heating scheme serving the Lickley, Milne and Market Court tower blocks. It was recognised that the existing water- to-air heating interface units contained within each flat were approaching the end of their useful lifespan. There were 51 properties still owned by the council, as well as many privately owned flats, where replacement units were required. After discussions with Johnson & Starley, it was decided that the company’s Aquair 10KW water to air heating interface units were the ideal replacement choice for the district heating scheme. RL Rattray of Scone was appointed to carry out the installation.

The configuration of the existing water-to-air units, and the fact that they were situated within small hallway cupboards, meant that there was a need for bespoke fittings kits. These would make life much easier for the installer and would keep disturbance to the occupiers to a minimum. This is a service Johnson & Starley can offer thanks to their rapid response production set up at their Northampton headquarters.

For prudency, a trial installation was carried out to finalise the fittings kits. This proved to be a worthwhile exercise because by modifying the kit, it eliminated the need to employ a joiner to make a stand for the unit. This would save time, disturbance and money. Perth and Kinross Clerk of Works John Ireland was on site to approve the changes.

The contract is now well underway and Rattray’s Company Manager Willie Law has confirmed that the Aquair 10KW units are now being installed with relative ease. The bespoke fittings kits are going together really well and are making things much easier for all concerned.

Aquair HIU’s are water-to-air heat exchange units, available in 10, 16 and 20KW versions and require an 80°C hot water supply. The same units can be used for both upflow and downflow applications.

They offer the latest EC fan technology and PCB control options resulting in considerable energy savings. Modulating control is incorporated. Air is drawn in through the air filter or air cleaner and the heat exchanger by a centrifugal fan. It is discharged through the opposite end of the unit. An optional external summer air circulation switch provides the facility to supply unheated air to the air outlets during warm weather.

It is the intention to offer the Aquair units and fittings kits to all of the private residents within the three tower blocks at a special rate. Therefore it is anticipated that the number of installations will grow much higher than the 51 on the initial contract. 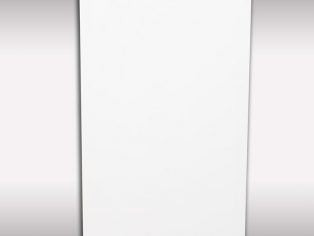