This Brutal World, published by Phaidon this May, is a global survey of Brutalist architecture from the beginning of the 20th century to the present day.

The book, by graphic designer and Brutalism enthusiast, Peter Chadwick, takes a wide and celebratory view of Brutalism, redefining and expanding the term ‘Brutal’ to include buildings usually considered outside the movement.

Chadwick’s introduction includes a personal account of his own journey of discovery, and passion for Brutalist architecture. He reflects on the utopian ideals behind 1960s housing estates; growing up in the North East of England in the 1980s – when industrial monoliths like British Steel’s Dorman Long Coke Oven Tower first made an impression on him – and Brutalism’s relationship with music from the repetitive beats of Cabaret Voltaire and Warp Records’ artists to the lyrics of tracks such as Pulp’s Sheffield: Sex City (1992) and Saint Etienne’s When I was Seventeen (2012).

Around three hundred projects are illustrated with a single black and white photograph and accompanied by a brief caption. Throughout the book quotes from architects, artists, songs, film and literature complement the projects, from Charles Baudelaire to Joy Division and Serge Gainsbourg to The Human League.

Examples include the first lines of JG Ballard’s High-Rise ­­(1975) – “Later, as he sat on his balcony eating the dog, Dr Robert Laing reflected on the unusual events that had taken place within this huge apartment building during the previous three months” – and David Bowie’s Thru These Architects Eyes (1995): “All the majesty of a city landscape / all the soaring days of our lives / all the concrete dreams in my mind’s eye / all the joy I see through these architects’ eyes.”

More explicit thoughts on architecture include those of Frank Stella, who said: “Architecture can’t fully represent chaos and turmoil that are part of the human personality but you need to put some of that turmoil into the architecture, or it isn’t real…”; Jonathan Meades: “Brutalism: challenging, idealistic and serious – Brutalism is architecture for grown ups.”; Frank Gehry: “Architecture should speak of its time and place, but yearn for timelessness”; and David Adjaye: “I find lumps of concrete like this, sexy.” 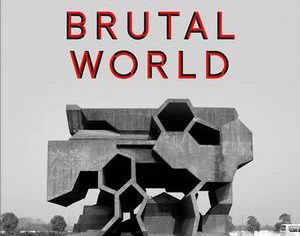