A new 250m2 Car Park for the employees of one of Europe’s leading Heavy Haulage specialists has been installed, and now sealed using Resiblock ‘22’. The Car park was part of a larger 3000m2 development of Van Der Vlist’s base on Burma Drive, Hull. 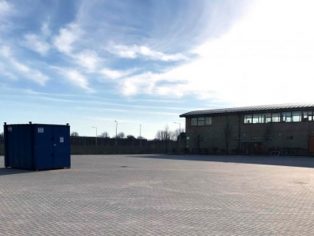