Global property developers R&F and C C Land have topped out a 53-storey tower at One Thames City in Nine Elms, one of the largest residential schemes to be built in the United Kingdom.

Designed by internationally acclaimed architects Skidmore Owings & Merrill LLP and built by JRL/Midgard, the Number 8 building stands 180m tall and is due to be completed in Q4 2022.

‘Topping out’ is an ancient ceremony held when the last beam – or equivalent is placed at the top of a structure. At One Thames City, the topping out was also marked by a spectacular fireworks display next to the river.

The ground-breaking for Number 8 One Thames City took place in July 2018 and since then the development has created over 450 jobs, with 3,600 cladding panels installed, 72,000m3 of tonnes of concrete having been poured and a connection made into the Nine Elms district heating network.

One Thames City is formed of 12 buildings comprising 1,417 new homes, shops, restaurants and over 120,000 sq ft of commercial space, centred around 2.5 acres of public open space within the Linear Park.

“Urban regeneration is at the heart of R&F’s DNA and our aspiration is for One Thames City to bring ever more life to Nine Elms. We believe One Thames City will set a new standard globally for mixed use projects.”

“At the same time, we take great pride in the detail of what we build, and residents and their families are the focus for everything we do. Exceptional progress requires exceptional partners, and today’s topping out marks remarkable achievement by everyone involved.”

“We had a vision 10 years ago for derelict land at Nine Elms and the topping out of One Thames City is another milestone towards realising that vision.”

“I am pleased that this development brings future opportunities for all of us – the jobs and apprenticeships for local people, the homes, offices, retail units and health centre which will open here, and the 14,000 square metres of greenery and new public space that this significant section of the Linear Park will provide.”

One Thames City is set to become a new landmark for London’s riverside skyline with a selection of one to five-bedroom apartments with open-plan living, large terraces and winter gardens.

With interiors by HBA Residential, the international residential specialist of Hirsch Bedner Associates, the new homes in No. 8 will offer prestigious inner-city residences with unrivalled views across the River Thames.

Residents of No.8 will have access to unparalleled amenities and services including a wellness centre, swimming pool, gym, private dining, cinema, business centre and 24-hour concierge, as well as a private entrance lobby and courtyard with secure valet parking.

Gillespies, the award-winning landscape architecture and urban design practice, will complement One Thames City with a Great Lawn and network of walkways, cycle paths and intimate green spaces along the river to provide a peaceful retreat from the hustle and bustle of the city.

Nine Elms is the most ambitious regeneration project undertaken in London. Taking advantage of its prime central and riverside location, it will transform the area, introducing new transport links and public spaces to create a vibrant destination.

One Thames City is perfectly positioned to access all that London has to offer with proximity to the new Nine Elms Tube Station and Vauxhall station so that the West End and City of London are less than ten minutes away. 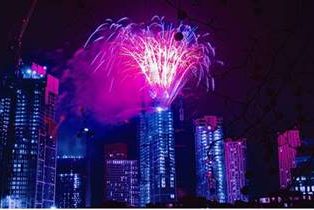