Richard Rogers (Baron Rogers of Riverside), one most renowned UK architects of the 20th and 21st century, particularly famous for celebrating buildings’ structure, has died aged 88.

Tributes have been paid from across the industry, including from Rogers’ long-time collaborator Lord Norman Foster, who said he was “so deeply saddened by the loss of my oldest and closest friend.” Rogers originally studied at Yale University with Foster, who said he was “a kindred spirit.” They worked together in the late sixties, before going into independent practice.

Major buildings completed by Rogers include the Lloyd’s Building, Millennium Dome, Channel 4 headquarters, the Leadenhall Building (‘Cheesegrater’), and British Museum in London, as well as the Pompidou Centre in Paris, Heathrow Terminal 5, the European Court of Human Rights in Strasbourg, Senedd Building in Cardiff, and Three World Trade Center in New York City.

Rogers was born in Tuscany to an Anglo-Italian family in 1933, and was not initially successful in school, eventually being diagnosed as dyslexic. He achieved his Diploma in 1959 and joined SOM in New York after leaving Yale in 1962. Returning to England in 1963 he formed Team 4 with Norman Foster, Su Brumwell and Wendy Cheesman, and Rogers and Foster would go on to gain a reputation for so-called “high-tech” architecture.

Rogers joined forces with Renzo Piano, winning the commission to design the Pompidou Centre, his most globally famous building, in 1971. Founding a new firm with Marco Goldschmied, Mike Davies and John Young in 1977, he continued to design key buildings, the practice becoming Rogers Stirk Harbour + Partners in 2007 with offices in London, Shanghai and Sydney.

Rogers pursued urban planning ideas for London avidly, including a Royal Academy exhibition in 1986, ‘London As it Could Be,’ which contained never-to-be-built proposals that would have transformed a large part of central London. He was invited by the Government to set up the Urban Task Force in 1998, and was chair of the GLA panel for Architecture and Urbanism, and chief advisor to London Mayor Ken Livingstone from 2001-2008.

Norman Foster commented: Rogers was gregarious, outgoing, generous and possessed an infectious zest for life. His buildings are a social mirror of that personality – open, welcoming and, like his wardrobe, elegantly colourful.”

Rogers used technology “always as a means to the social agenda,” said Foster, adding that the late architect “championed cities as a committed urbanist,” including as an advisor to mayors and government, or as a writer. He was a “tireless supporter of the compact, sustainable, pedestrian-friendly city and a passionate opponent of mindless suburban sprawl.” 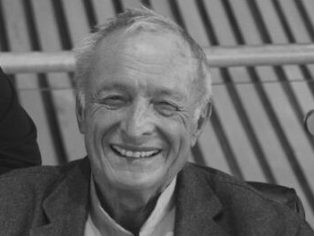