Professor Alan Dunlop has accepted an invitation from Professor Thomas D Albright, President of the Academy of Neuroscience for Architecture at the Salk Institute for Biological Studies and from the American Institute of Architects to present his work and take part in a major international conference in La Jolla, California from September 18th to 22nd, 2014. The conference will also include Juhani Pallasmaa as keynote speaker and focus on the intersection of neuroscience and architecture and the impact of the environment on human perception. The Salk Institute and the AIA CAE Architecture for Education are constantly striving to prove to people the importance of architecture and good design in creating potent spaces to support learning and discovery.

“The opportunity to once again visit Kahn’s masterpiece and one of the greatest buildings of the 20th century made the invitation easy to accept. I’m honoured and delighted to be able to present my work and take part in this major international conference organised by such distinguished institutions as the Salk and AIA.”

A 90 minute session with Alan Dunlop is also planned with Thomas Albright as the neuroscience discussant with Professor Claire Gallagher and John Dale from the AIA CAE Committee as moderators. The aim is to schedule a follow up video conversation with the panelists during the same conference that will bring together some industry people, researchers, architects and Alan Dunlop to talk about the relationship between the physical environment and experience. 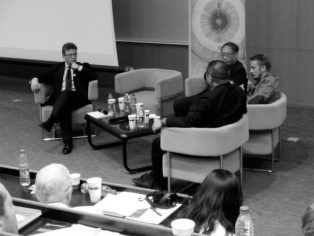