Schools may be out: But is asbestos still in there lurking for pupils’ and teachers’ return?

Craig Evans, General Manager, UKATA (The UK Asbestos Training Association), has commented on the lurking issue of asbestos in schools. He stated:

“I read last week of Chris Wallace, a Devon man who has been diagnosed with mesothelioma (a terminal cancer widely associated with asbestos exposure). Mr Wallace was given a £275,000 pay-out by Devon County Council who were responsible for running the schools where he believes he was exposed to the lethal substance.

“Prior to asbestos being banned in the UK it was a remarkably common building material, it is believed that 1.6million commercial buildings (including schools) may still contain the substance. It is understandable that upon hearing of cases like that of Mr Wallace school leaders may explore the possibility of removing asbestos from their school. I would remind them to use a highly trained professional contractor with excellent credentials in order to ensure compliance with all current asbestos legislation.

“Managing asbestos in public buildings, especially in schools, is critically important and a legal requirement. Asbestos related diseases can affect people many years from the time of exposure and is often known as the ‘silent killer’ as the latency period can be anywhere between 15 to 60 years. Therefore children, teachers and school staff exposed to the fibres could be sentenced to future suffering and the possibility of a fatal disease being diagnosed.

“I am extremely concerned that if asbestos in schools is not managed properly then we may see more cases like that of Mr Wallace in years to come. UKATA approved training providers deliver some of the most intense, safety focused asbestos management courses in the world and as such are in the best position to protect our children from this lethal substance. I would urge any head teacher or school leader who suspects asbestos is present at their site to contact an asbestos management professional with a valid UKATA certificate to investigate.” 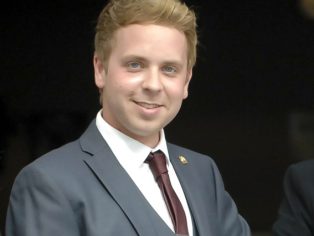