Seddon, the UK’s largest privately-owned contractor, has successfully handed over £2 million of refurbishment work at the Capitol Centre retail park in Preston.

As part of their end-to-end integrated property services offering, the contractor has completed the work for retail park owner and long-term Seddon client Royal London, the largest mutual life, pensions and investment company in the UK.

Seddon has finalised a total of four projects on the site, including building a new entrance to the popular Vue Cinema complex and stripping out and redeveloping three retail units ready for new retail tenants; Furniture Village, Fabb Sofas and Tapi Carpets.

All of the works have been completed in close partnership with Royal London’s external project manager’s RLB.

“We have worked closely with Seddon to deliver these projects for Royal London, and it has been a really successful partnership; the works have been delivered in an efficient and cost effective way, whilst causing minimal disruption to visitors of the retail park.”

“The construction of the new entrance at the Vue Cinema complex is a particularly important addition to the Capitol Centre retail park. The previous work and relationship with Seddon has shown that they understand the importance of working to the highest safety, quality and efficiency standards. We were especially pleased that this project was completed without us having to close the park and cinema to members of the public.”

“The Vue Cinema entrance redevelopment was a particularly complex project as the building remained open to visitors throughout, but by working closely with all the project partners we were able to deliver it safely, on time and in budget.

“We look forward to working with Royal London and RLB on future projects.”

The projects are being delivered in conjunction with architects, Harris Partnership and structural engineers, Clancy’s. 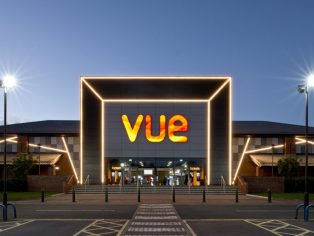