In anticipation of its biggest ceremony to date the Brick Development Association has announced the shortlist for the 39th annual Brick Awards showcasing innovation, sustainability and architectural design in brick.

After another hugely successful year in 2014, the Brick Awards is back and on an even grander scale at The Hilton, Park Lane, London on the 18th November 2015. Designed to celebrate the brilliance of brick use in the UK construction sector, the annual Brick Awards welcomes architects/designers, building owners, developers and housebuilders, contractors and brick manufacturers.

Approaching its 40th birthday, the Brick Awards has become one of the most established and prestigious awards ceremonies in the construction sector. Competition is fierce and entries come from some of the biggest and best names in the industry and design sectors.

One of the finalists is Seven Pancras Square designed by Studio Donnie Architects and stands at the gateway to King’s Cross. The stunning brick facade wraps around the iconic Stanley Building, an existing listed Grade ll building built in 1864-1865. The project is up for three awards; Best Commercial Building, Best Urban Regeneration Project and Innovative use of Brick and Clay.

“This year it has been harder than ever for the judges to pick the shortlist, we’ve had so many truly impressive buildings entered. We look forward to celebrating these projects and all those involved in making them possible in November.” 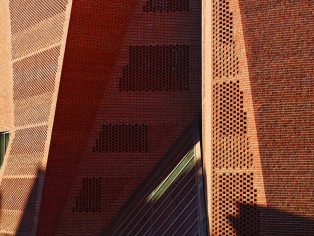