Research carried out by GL Hearn, in partnership with the NLA, has found at least 236 tall buildings over 20 storeys high are currently proposed, approved or under construction in London. Initial estimates originally placed the figure at 200.

The preliminary findings, which were revealed at MIPIM yesterday, show “a very dramatic and exciting phase in London’s growth”, according to head of investor and developer planning, Shaun Andrews at GL Hearn, who conducted the study.

“The data is hot off the press and the analysis not yet complete but some real points of interest are emerging. It is difficult to say how many of these tower projects will get built but with 20% under construction and almost half with planning permission it is clear that this phase is very real.

“From an initial review of the data, it seems that the majority of the tall buildings identified are either aligned to existing tower clusters like Canary Wharf, the City or that emerging in Vauxhall and Nine Elms where this is already a precedent for height, or have been strategically planned for by London Boroughs and the GLA. The GLA have been central in setting the framework for this significant private sector investment.

“The research has found that around 80% of the towers will be primarily residential and taller buildings are potentially an important tool in tackling London’s housing crisis. This problem is of course much bigger than these towers alone can solve and the further densification of both inner and outer London must therefore be the goal, aligned with further investment in public transport and other infrastructure.

“Tall buildings will not be appropriate in many locations. However, we cannot freeze the skyline and suspend the capital in stasis. The strength of London is in its diversity and its ability to respond and adapt to opportunities originating from both home and abroad. The planning system requires forensic justification of all tall building proposals and the London Boroughs, the GLA, English Heritage and UNESCO are watching over the skyline. In fact, with major applications taking on average 34 weeks to be determined in London, we need to look at ways in which the planning system can be improved so that further investment in homes and job can be enabled.

“The London View Management Framework is one area where we think a review is necessary to ensure that balanced decisions over investment can be made. The key issue is whether a building makes an overall positive contribution to London’s urban realm, whilst helping us meet the challenges of growth.”

A recap of the findings:

The study shows a new trend for tall buildings where 33 buildings between 40-49 storeys and 22 buildings of 50 storeys or more are planned for London. Approval has been given for 48 per cent of the 236 towers and 19 per cent are already off the starting blocks and under construction.

High-rise living sees the biggest surge, with 80 per cent of the towers planned as new residential blocks for the capital – a total of 189 new towers, potentially contributing to tackling London’s housing crisis.

Tower Hamlets, traditionally one of London’s less affluent boroughs, is at the heart of the building boom as the biggest area of development, with 23 per cent of the projects being planned there alone.

Central and East London are the focus areas for the most future developments with 77 per cent of the total planned tall buildings. Tower Hamlets, Lambeth, Greenwich, Newham and Southwark, have a combined total of 140 new towers, out of the proposed 236.

Of the remaining towers, 18 are set to be office developments, eight hotels, 13 mixed-use and one tower is earmarked as an educational institute. 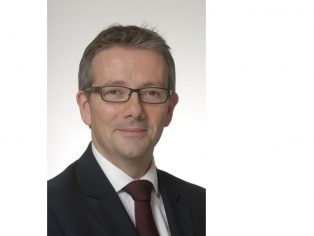