‘Ten out of Ten’ for Resiblock on The 02 Arena – London, 10th Anniversary

During the The 02 Arena – London restoration programme in 2007, 12,500 square metres of small element flexibly laid internal paving was installed, and then sealed with Resiblock’s low viscosity thermoplastic-acryl copolymer emulsion, Resiblock Resiecco. Despite being trafficked by approximately 80 million visitors since it’s opening in June 2007, and subjected to an aggressive daily cleaning regime, Resiblock Resiecco continues to stabilise the jointing sand firmly in place whilst also minimising staining from contaminants including food, grease, hot drinks and chewing gum.

The 10 year-long success of Resiblock Resiecco at The 02 Arena, London, is another example of the great longevity and durability of Resiblock’s ‘sealing, stabilising, protecting’ products as well as endorsing the confidence that is placed in the Resiblock name. The O2, Arena’s slogan ‘better connected’ is certainly applicable to Resiblock Resiecco and the internal paving after a decade and long may it continue to do so. 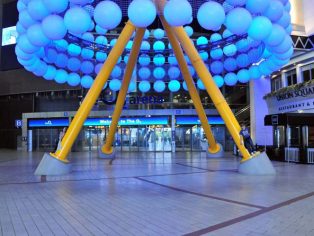