The Outstanding New Hotel Award, now in its third year, is designed to improve the scope of recognition of all independent, luxury and boutique hotels that have been opened or relaunched within the last three years. The winning hotel will showcase the pinnacle of innovation and inventiveness within the sector, demonstrating the significant impact they have made to the industry by challenging expectations and consistently delivering excellence.

The shortlist for Outstanding New Hotel is:

The Independent Hotelier Award gives recognition to an individual who has consistently helped change the landscape of the independent, luxury and boutique hotel sector, a pioneer with a reputation for pushing boundaries and having the confidence to evolve and do things differently. Above all, the winner will be someone committed to the development of their team, the success of their establishment and the industry at large.

The shortlist for the Independent Hotelier Award is:

Changes to this year’s nomination process saw industry figures and show partners, including Fiona Duncan at The Telegraph, Conde Nast Johansens and The AA, invited to nominate candidates for both Independent Hotelier and Outstanding New Hotel. From this, a shortlist was created. Registrants of the show will now get the opportunity to vote and select the winners.

Voting for the awards is now live and the winners will be announced at the awards ceremony immediately following the first day of the show on 20th October 2015. 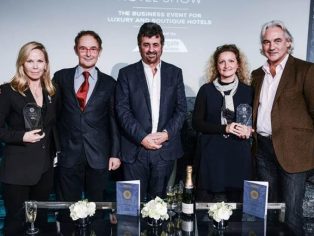