Nestled in the ground floor of a Grade II listed building, a renewable energy firm claims it holds the answer to 90-per-cent-off domestic hot water bills and up to 30 percent off central heating bills. The Magic Thermodynamic Box, in New London Road, Chelmsford, believes it can postpone the end of the world a little bit longer.

The 18-month-old company, which moved into its new head office in October, boasts two products for property owners. First up is the Magic Thermodynamic Box itself – no bigger than a microwave – for the home’s water. Within it is an electrical pump which charges a refrigerant liquid through pipe-work to a 6.5kg black panel, which can be as far as 15 metres away fixed to the outside of the house. Made of aluminium, the firm’s technical adviser Malcolm Stratford says it’s sturdy enough or “little Johnny to whack a football against”.

The panel, which operates 24hours a day 365 days of the year, then uses wind, rain or sunlight to convert the liquid into gas. In turn the gas is funnelled back to the box which heats the liquid in the home’s water cylinder while customers would still have to pay water bills, they would need to find between just £60 and £80 a year for the electricity to charge the Box’s pump – less than ten per cent of what the 23 million UK homeowners currently paying as bills. Inventor Scott Styles, who uses the Box in his family home said:

“The magic moment was when I realised there is no such thing as cold energy.”

The firm’s second valued product is the Magic Heating Box for central heating, which Malcolm claims eradicates the inefficiencies of old-fashioned boilers and dodges rocketing energy bills. The National Audit Office predict energy bills will increase at above inflation for another 17 years. The box will increase the average flow of water passing through a radiator by 70 per cent and will force radiators to release hot air at ground level to a person’s feet, not directly up to the ceiling. How the system works to conserve cash. Malcolm added that homeowners will save one tonne in CO2 emissions by using the heating box.

The Magic Heating Box also known as a Central Heating Management system eliminates air locks in the pipe work and the need to bleed radiators, prolonging the life of the central heating system and saving the customer money on a replacement central heating system. It also allows for the heating of the top and bottom of the radiators uniformly so they produce a more powerful radiant heat giving people extra comfort in their home or work place. At the same time it now enables you to reduce your boiler temperature from an average 75°C/85°C to 60°C helping the reduction of your energy bill by up to thirty per cent. Another benefit of the system is it eliminates pump cavitation, which will increase the average flow of water passing through a radiator by seventy per cent. The Magic heating box (central heating management system) can be installed in one to two days and that along with the comfort and financial benefits is the reason why the Magic Thermodynamic box company are already distributing this product to different businesses across Europe. The quantities are increasing every month as increased popularity throughout UK and Europe steadily grows. ‘’ The Magic Heating Box is our best selling product, whether the customers boiler is old or new this system will improve the efficiency of the whole system as many aspects of the system is improved, central heating cost more to run when compared to the cost of generating hot water which is why it is no surprise that this revolutionary products sold more units’’. Said the Marketing Director Alex Basile.

How does the Magic Heating Box improve your central heating system?

These innovative products have given the company much attention from the media being featured on BBC Radio three times and in over a dozen newspaper and magazine editorials it also has its first TV advert premiering on ITV Anglia this spring, its team says it can join the likes of some of the well-known brands in the world such as Bosch and Dyson. 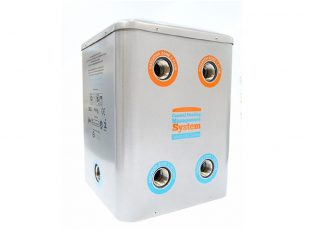 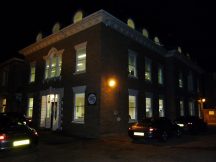