The Role of the Architect to Empower Communities: Case Furniture hosts talk as part of London Festival of Architecture

What is the architect’s role in helping to create positive change within our communities? How can architects empower their clients to take on the authorities to create the change they want to see in their local area?

As part of the London Festival of Architecture 2016, Case Furniture hosts a free evening event on 22nd June to examine how architects can support existing communities in developing and improving their own homes and local environments.

In a discussion chaired by architecture critic Rob Bevan, acclaimed local architect Jo Cowen will join Xanthe Hamilton, who as the project manager of Granby 4 Streets commissioned and managed Assemble’s role in the Turner Prize-winning project, to debate the issue.

Jo and Xanthe will discuss their own experiences, the varying nature of architects’ work within communities, as well as the architect’s role in helping to empower and create positive change. Should the architect be acting as facilitator rather than creator? The speakers will discuss whether such an approach can create a new relationship between architect and client.

Award-winning architect Jo Cowen worked for Rogers Stirk Harbour + Partners and Foster and Partners before establishing her own practice in South West London. She spent six months working in Soweto on community projects and more recently has enabled a community in Fulham to submit a community planning application to allow an entire street to expand their homes. This innovative approach has encouraged individuals to work as a group and empowered them to achieve more working together than they could on their own. Jo recently appeared on Ugly House to Lovely House on Channel 4, helping to revamp an uninspiring Croydon council house.

As founder of Steinbeck Studio, Xanthe Hamilton led the Granby 4 Streets project and commissioned Assemble to help revive a severely deprived and neglected community in Toxteth, Liverpool, which has transformed perceptions of the area. The project won the Turner Prize in 2015. Xanthe now aims to respond to the wider housing crisis, using her experience to instigate new financing models, and development criteria that invigorates the structures, history, economy and community in other threatened neighbourhoods.

Chair Rob Bevan writes about contemporary architecture and cities for the Evening Standard. In addition, Rob is a heritage and regeneration consultant and has worked with architects, councils and communities in London and elsewhere on place-based initiatives including getting historic buildings back into beneficial use and on public realm projects. Rob believes in creating dynamic places that integrate heritage and contemporary design. 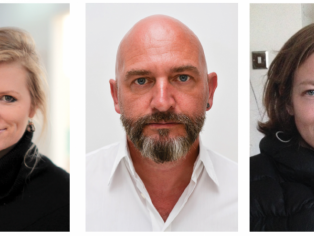