Elephant House, built in 1890-1901, was a bottle store for Camden Brewery which was in the adjacent building. William Bradford, the leading architect of the time used highly ornamental stonework to create an elephant’s head, which was the branding of one of the brewery’s famous pale ales. This can still be seen today above the main entrance way and why it is known as ‘Elephant House’.

Due to the special architectural interest of this Victorian Building, it was granted Grade II Listing in 2009. It is a rare example of an industrial complex found in inner-city London as well as being sited alongside the city’s early Regent’s Canal.

In 2013 Hawkins\Brown was commissioned to draw up plans to change the use of the building to accommodate offices. In such an old building, with the addition of the heritage listing, the project needed to be carefully considered ensuring a sustainable, comfortable and safe working environment was created.

The original single glazed windows presented a problem; they were unable to be replaced, they were draughty and did little to combat noise from the busy roads outside. Bespoke designed secondary glazing was the solution to achieving high levels of noise attenuation and thermal insulation, as well as being regularly used on listed buildings and those in conservation areas.

A total of 8 windows were treated with two different styles of openings from the Selectaglaze heritage range. A single hinged panel with a curved head was used in most of the openings, which mimics the original and allows access to the primary window. The discreet frames along with flush hinges and flush locks created a flawless look and achieved the desired benefits, without compromising the beauty of the original Victorian windows.

Established in 1966 and granted the Royal Warrant in 2004 Selectaglaze are the secondary glazing specialists. With an array of options, they find the best suited window to meet the client’s needs. For further details, please contact the marketing department on: T: 01727 837271, E: marketing(Replace this parenthesis with the @ sign)selectaglaze.co.uk or visit: www.selectaglaze.co.uk 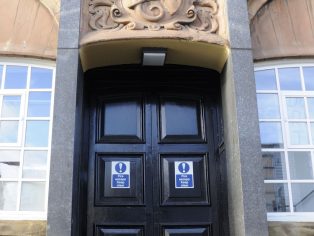 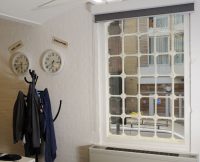