The installation of approximately 400 Tridonic LED lights in the multi-story car park at Bournemouth International Centre has delivered significant savings in its first twelve months. The project to replace the original fluorescent lights was undertaken by Littledown, a specialist lighting control’s company that has a long standing relationship with Tridonic.

“We are investing in energy-saving initiatives across our venues which is vital to cutting energy dependence, costs and CO₂ emissions. Last year, our on-site electrical crew came up with the concept and designed a new, energy-efficient lighting scheme for our 650 space multi-storey car park at Bournemouth International Centre. They teamed up with the Dorset-based, family-run company, Littledown Lighting to install the system and, thanks to the new Tridonic low energy LED installation complete with motion sensors, we have saved 134378 KWh of power and reduced carbon emissions by 45% in just 12 months.”

“The biggest challenge with this project was that the car-park needed to remain open throughout the three month refit but with careful planning we were able to keep disruption to a minimum.  The existing fpluorescent gear trays were replaced with Tridonic’s LED Boards and approximately 400 LCAI drivers. In addition to the significant savings in energy that these new fittings have delivered we expect a significant reduction in the number of lamp replacements and all the fittings carry the standard five year Tridonic warranty.”

“Lighting in a car park is something that the public gives little thought to unless they feel uneasy due to its poor quality. By investing in this new LED based solution, BH Live has delivered a high quality light solution at Bournemouth International Centre and also made a significant saving in terms of energy use, which benefits everyone.” 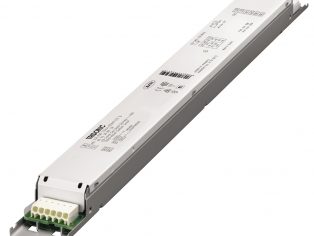