Brexit divided a nation and since the vote arguments have come forward from both the remain and leave camps, highlighting the opportunities and challenges ahead for UK professionals and their respective sectors.

Aluminium building systems supplier Hueck UK wanted to find out what architects and specifiers feel about this issue and others affecting their sector.

To do this they commissioned glazing and construction industry data experts Insight Data to carry out the survey, which asked more than 14,000 architects a series of questions about their expectations for the year ahead.

When asked what the biggest challenge they will face in 2017 will be, 52 per cent of architects said rising costs of materials; 16 per cent said retaining free movement of skills and services; 12 per cent said finding skilled professionals to employ and four per cent said changes to UK building laws and regulations.

Drilling down into the types of projects they expect to see, 52 per cent of those questioned said residential; 24 per cent said commercial and 16 per cent said private sector.

“We were excited to carry out the survey and measure sentiment amongst architects and specifiers going forward. What the survey shows us is that although there are some concerns, the economy and confidence is generally holding up. Obviously, Article 50 hasn’t been triggered yet but the findings of our survey chime with the recent economic growth forecasts from the Bank of England, which have been revised upwards.” 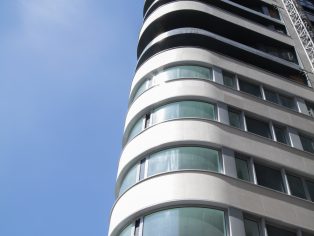