Multi-award winning media company, UKTV, whose mantra is to ‘Imagine more’, has announced its intention to create a ground-breaking new headquarters for its 250 staff, as the company signs a lease for 32,500 sq. ft. of an ecologically-recognised development at 10 Hammersmith Grove, London. The fifteen year agreement was made with Development Securities PLC and the SWIP Property Trust through 10 Hammersmith Grove’s management agency, Jones Lang LaSalle.

UKTV will work collaboratively with PENSON, one of Europe’s leading and most-recognised interior design and architecture studios, who previously created award-winning spaces for Google, Jay-z’s ROCNation and London College of Fashion. Together the companies will tackle an ambitious brief to create a UKTV headquarters that is inspirational, distinctive and “built for innovation”.

“10 Hammersmith Grove will be a ground-breaking facility for UKTV. The new development increases the size of our current office and gives us the opportunity to create an inspirational working space fit for a broadcaster with a commitment to technology, imagination and the future of media. Technology will be at the heart of our progressive new workspace, and it will give everyone at UKTV the freedom to work creatively and collaboratively.”

UKTV’s 250 employees are set to make 10 Hammersmith Grove their new home by July 2014. Over three floors of the development, there will be sociable working spaces, a café-bar and outdoor terrace, studio facilities and a screening room. The building is highly sustainable: one of the first in London to be entirely lit by LED lights and powered by solar panels.

Sarah Nelson, UKTV’s Facilities Director, is overseeing the move and will be responsible for the new facility at 10 Hammersmith Grove.

Forward-funded by the SWIP Property Trust for £50 million, 10 Hammersmith Grove is the first of two office buildings in the centre of Hammersmith, adjacent to the underground station. It includes 110,000 sq. ft. of Grade A office space as well as extensive new public realm and three restaurant units at ground level.

News of the move comes after a stellar year for the media company which culminated in popular entertainment channel Dave cementing its place as the number one non-PSB channel in the country and the network announcing a record £110 million investment in programming. In 2013 the award-winning broadcaster also achieved its highest ever SOCI (share of commercial impacts) growth for advertisers and its highest ever total audience share, according to BARB data.

UKTV’s network of 10 channels span both the free-to-air and pay TV space and are available through Freeview, Sky, Virgin Media, BT, TalkTalk, YouView, plus direct On Demand digital services. Within the last few weeks UKTV has extended its relationship with Sky, Virgin and YouView. UKTV’s full stable of channels are now available on Virgin TV Anywhere and its network of pay TV channels are available on Sky on Demand and Sky Go. In addition, last month saw seven day catch up services for Yesterday and Really join Dave on YouView. 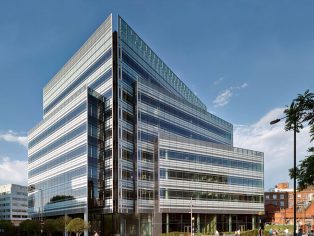