World Architecture Festival (WAF) today announces the programme for its first ever satellite exhibition and events programme, WAF London, from 24 to 27 June 2015. Hosted by the University of Westminster, in association with the London Festival of Architecture, WAF London is a free showcase of international, game changing architecture and design and an opportunity to attend talks and debates on global architectural issues with some of the greatest minds in the industry.

WAF London also provides an opportunity for the public to preview the world’s best buildings and foremost architectural practices that have been shortlisted to present their projects to the high profile international jury at the WAF Awards, Singapore in November. The shortlist, which will be revealed just ahead of WAF London on 22 June, features more than 400 entries from 46 countries. All shortlisted entries will be exhibited at WAF London, with selected finalists presenting their entries throughout the event.

The WAF London exhibition space, created by design partner Populous, will feature a dramatic seven metre high installation taking inspiration from the famous Eames’ ‘House of Cards’. The Populous design uses hundreds of super-sized multiples of a ‘W’ form to create a magnetically suspended gallery that will display all the WAF 2015 shortlisted projects.

The programme for the four-day architecture event begins on Wednesday 24 June with a focus on Buildings and Building Types. The talks programme opens with ‘City Update: Singapore’ by Angelene Chan of DP Architects, whose numerous award-winning projects including The Dubai Mall (the world’s largest shopping mall), and the $6.5bn Integrated resort, Resorts World Sentosa, Singapore.

Following this is Emre Arolat of leading international architectural practice Emre Arolat Architects based in Istanbul and London. Arolat will present ‘London and Istanbul Compared’, drawing on Ist-On Situations, his practice’s current exhibition at RIBA, which explores the urban histories of both cities. The opening night reception commences at 6pm.

On Thursday afternoon, Michael Heenan of Allen Jack & Cottier Architects, Australia, presents ‘City Update: Sydney’, examining Sydney’s future as a world city and the huge growth that is planned by 2030.

Speaking on ‘Architecture and the case for the independent developer’, Roger Zogolovitch will be in conversation with Crispin Kelly and WAF Programme Director Paul Finch. This will provide a platform for wider discussion on how the skills of the architect and the developer together can create innovative, well-designed homes for the many of London’s vacant sites. A book signing and champagne reception follows, supported by Solidspace.

Talks for Friday 26 June are based upon the theme Clients and Users. The day opens with a conversation with Ron Sheard, founder of Populous on the architect/occupier relationship with their building. Ken Shuttleworth of Make and Nigel Morley from UBS then join forces for ‘The UBS Broadgate Story – how a developer, architect and tenant came to create a new financial landmark’.

Afternoon talks commence with Linzi Cassels, Pringle Brandon Perkins + Will, who will present ‘The way we work (and live) now – density, sustainability and city futures’. This will be followed by the presentation ‘Starchitecture Today – what impact has globalisation had on architecture and cities?’, hosted by Davide Ponzini, professor of urban planning at the Politecnico di Milano and Michele Nastasi, photographer and managing editor of Lotus International. Will Alsop of aLL Design provides the closing address, ‘One Hundred Ideas for London’.

“We are delighted to announce the programme for WAF London, which brings together some of the global industry’s greatest minds. WAF London will be packed with debate, education and inspiration – a truly international celebration of the very best architectural talent in London, one of the most dazzling architectural communities on the planet.” 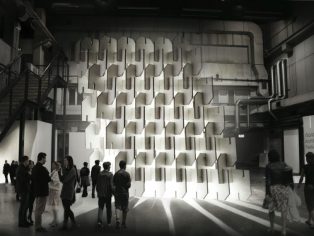