Huw Thomas joined Foster + Partners in 1987 and is involved in major infrastructure and masterplans throughout the world. He has been involved in proposals for a new airport station on the Hong Kong Mass Transit Railway, the Central Station re-development in Kuala Lumpur, the St Pancras station plans for the Channel Tunnel Rail Link and Queen Alia International Airport in Jordan.

Hiro Aso is a leading figure in the UK’s transportation sector with a portfolio that includes a range of major domestic and international projects. He was a leading figure in the delivery of some of London’s most high-profile schemes, including the award-winning modernisation of King’s Cross Station, the extensions of the East London and Northern lines and Bond Street Station.

Amit Khanna specialises in high-performance building design with a particular focus in science + technology and corporate + commercial facilities. Over the past decade and half, he has worked on projects in the US, Latin America and Asia. He is recipient of several awards including the ASHRAE National Technology award in 2011 for energy efficient building design.

Peter Chamley is a Chartered Civil Engineer with over 35 years’ experience in infrastructure and major civil engineering projects worldwide. He has been leading the design of over 40km of bored tunnels below London for the Crossrail project.  Other recent projects have included Chief Engineer for the design of the Second Avenue Subway and leading the contractor’s design activities for the No. 7 Line Extension, both in New York, USA.

The competition is open to all projects completed during the last three full calendar years, (on or after 01 January 2013) and the deadline for entries is 30 June.

Find out how to enter here. 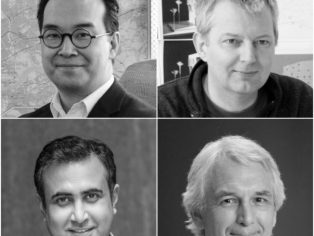