What impact are new Metro Mayors having on the construction sector?

In early May 2017 six city regions in the UK elected metro mayors, or ‘combined authority mayors’ to change the political structure in the UK, with some decision-making powers to be devolved to a regional level.

Amongst the most high-profile people to be elected as a metro mayor was former Labour leader candidate Andy Burnham – for the Greater Manchester region.

Leon Friend, who is Managing Director of prestigious aluminium window and door supplier Hueck believes that the rollout of American style mayors will have a long-term positive impact.

“With cities such as Bristol and Manchester already growing at an incredibly fast rate the structure of the new, combined authority, comprising of local councillors and chaired by each region’s metro mayor, is designed to continue this expansion. Importantly, this new structure also provides local authorities with a bigger say in the decisions which affect their constituents and themselves.”

“We’ve already seen works beginning on the HS2 project and other major infrastructure projects this year and with such sizeable investments being put aside for the development of city regions we are likely to see new buildings – housing, community centres, offices – and transport links appearing all over the country. Many of these schemes will require quality aluminium products for their construction and this opens up a wealth of potential supply opportunities for those of us who are in the industry.”

The Greater Manchester Combined Authority is already promising to build 1,184 housing units across nine different sites in Greater Manchester, the West Midlands is working to provide an integrated transport network which provides links to the developing HS2, and Bristol is due to become home to a new arena by 2020.

The devolution bill, which allows the creation of these metro mayors, is also very flexible and could even facilitate the devolution of a variety of issues from the national government to local authorities in the future.

This means that even more opportunities are likely to arise for aluminium suppliers, manufacturers and the construction sector as local authorities are given more and more power to invest their grants where they see fit.

Hueck has already supplied its systems to many projects based in central London and Manchester this year. These projects include London’s Parliament House residential tower, the ‘mini-Manhattan’ development, the Stratford Plaza and St George’s Wharf along with many others. 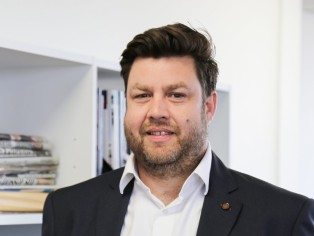