Specialist anti-corrosion, sealing and waterproofing products manufacturer Winn & Coales International Ltd are celebrating their 130th Anniversary this year. The company is well known for its brands which include Denso, SeaShield, Archco-Rigidon, Protal, Densostrip, Premseal and Sylglas. These products have earned an envialble reputaion over the years for their high quality, effectiveness and long service life. The products continue to ofer an effective solution to corrosion prevention, sealing and waterproofing problems for buried, submerged of exposed steel or concrete pipes, tanks and structures.

Winn & Coales International comprises seven subsidiary companies, two residing in the UK and one in the USA, Canada, South Africa, Australia and New Zealand. The global structure of the company enables it to supply its products to virtually anywhere in the world which is a major factor in its growth and success. The head office in London has been in the same location since 1950 and is a major employer in the surrounding area.

Established in 1883 the company has had two notable successes in recent years achieving a Queen’s Award for Enterprise in 2010 and again in 2013 which is particularly gratifying, occurring as it does in an important anniversary year. The 130th anniversary celebrations come to a head in September when the staff and special guests will enjoy a week long international conference, culminating in a special celebratory farewell dinner. 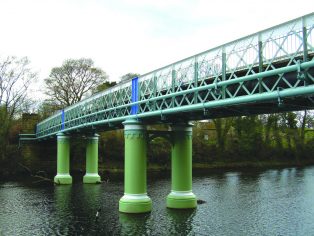