Floating student accommodation in Copenhagen, a futuristic pharmacy in Japan and an automotive museum in Los Angeles are among the projects that have been shortlisted for the World Architecture Festival (WAF) awards 2017 – the world’s biggest architectural awards programme.

The World Architecture Festival celebrates its tenth edition in Berlin in November this year, with the 2017 awards programme receiving more entries than ever before – 924, increasing by 18% from the 2016 awards. The awards shortlist revealed today is a truly international collection, extending to include architectural practices from 51 different nations and projects based across 68 countries.

All types and sizes of architectural projects are represented on the 434-strong shortlist, ranging from small family homes, to schools, stations, museums, large infrastructure and landscape projects.

Architects from the UK are most widely represented on the shortlist, closely followed by colleagues in the USA, Australia and Turkey, with entries from Asia up by a third year-on-year. With a significant rise in residential submissions this year, organisers have introduced a new Villa category which includes entries from Brazil, New Zealand and India.

The architectural practices behind each project will battle it out in live judging sessions to be held at the World Architecture Festival in Berlin, 15-17 November. Each will be hoping to win their category and go on to compete for the ultimate accolades of World Building of the Year, Future Project of the Year and Landscape of the Year.

‘This year’s shortlist has a hugely diverse geographic range. The use of water has been striking and there is evidence of real interest in climate modifications using novel techniques. Colourful architecture makes a strong showing and many of the smaller projects we have shortlisted will punch above their weight. We look forward to welcoming shortlisted architects to our tenth edition in Berlin this November.’

In addition to the awards, WAF includes a conference programme based around the theme of ‘Performance’. And to mark its tenth edition, special awards will be given to projects which address the WAFX Manifesto by identifying solutions to key architectural challenges over the next decade, including climate change, an ageing population and new technologies.

WAF and its co-located event, INSIDE World Festival of Interiors, will welcome more than 2,000 of the world’s leading architects and designers to Berlin for three days of conference programmes, awards, exhibitions and fringe events from 15-17 November. This year’s edition will again be housed in Franz Ahrens’ 1920s former bus depot, Arena Berlin.

The full shortlist for this year’s awards can be viewed here. 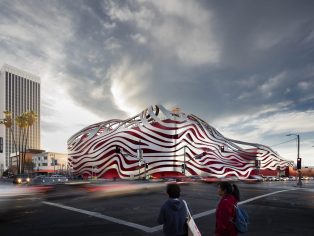 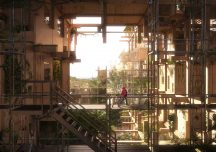 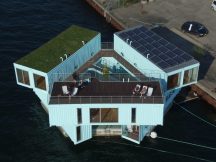 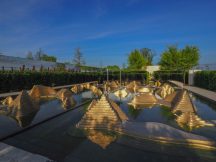 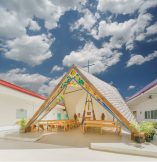 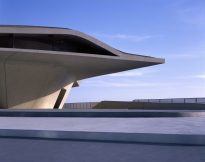